Book: Xenophobia and Islamophobia in Europe

This Book is a comparative analysis of racism and Islamophobia in Europe with a particular emphasis on France and Germany.

The book “Xenophobia and Islamophobia in Europe” has written by Raymond Taras and published by Edinburg university press in 2012.

European anti-Muslim attitudes: the voice of public protest against out-of-touch elites?Are anti-Muslim attitudes becoming the spectre that is haunting Europe? Is Islamophobia as widespread and virulent as is made out? Or do some EU societies appear more prejudiced than others? To what extent are European fears about unmanaged immigration the basis for scapegoating Muslim communities? And is there an anti-elitist dimension to Europeans’ protest about rapid demographic change occurring in their countries?This cross-national analysis of Islamophobia looks at these questions in an innovative, even-handed way, steering clear of politically-correct clichés and stereotypes. It cautions that Islamophobia is a serious threat to European values and norms, and must be tackled by future immigration and integration policy.

This is a comparative analysis of racism and Islamophobia in Europe with a particular emphasis on France and Germany to which whole chapters are devoted. Importantly the book seems to work with a clear distinction between Islamophobia and forms of racism and other types of xenophobia and clearly refuses to reduce Islamophobia to a variant of cultural racism which seems to be the dominant interpretation at present.

Confronting the Phobia of foreigners

Where fear and prejudice come from

The overlay of religious intolerance and racism

Phobias outside the west

Structure of the book

The European pact on immigration and asylum

The institutionalization of norms

The multicultural paradigm: the British case

The myth of the single French nation

From hospitality to hostility

The alleged wrongdoings of migrants

National differences in attitudes to immigration

‘Base and bastard Turks’

Imagining the Muslim other

Freedom of expression and Islamophobia

Is there a ‘French Islamophobia?

Distinctive but not unusual Islamophobia

The making of anti-Muslim prejudice

The historical determinism of deep causes

Previous Extremists must not Allowed to Create Division among Muslims
Next Takfiris Threaten Islam and the world: Kevin Barrett 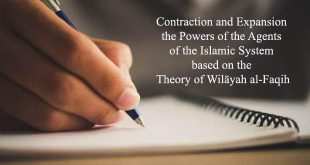