As we know, among the Arabs in pre-Islamic times, burying girls alive was seen as a way for families to deliver themselves from what was believed to be the misfortune of having a female child.

It was only in a short period in the earliest age of Islam that through the teachings and practice of the Prophet and members of his virtuous household, women recovered, to a certain degree, their true worth and station.
With the revival and restoration of the former system, this time masquerading as the Islamic caliphate, women’s standing once again lapsed and gradually with the passage of time fossilised misinterpretations of Islam imposed crippling restrictions and limitations on women, such that even in the last few decades veins of these ossified views expressing disdain for women and belittling their position could still be clearly seen among the contemporary petrified religious traditionalists.
The story of woman’s rights and her liberty is one of the live and attractive issues being discussed over the last few years in the Eastern circles. Islamic countries are also faced with this debate, and different societies have different views in this regard, positive and/or negative.
Occasionally the matter extends beyond the limits of a debate and quietly enters the field of action making some special appearances in the Islamic environment. This issue of freedom and equality of rights is occasionally extended to such lengths; rightly or wrongly, that it reaches sensational limits, sometimes to the extent of being dangerous and repulsive.
Naturally in these discussions or actions, the name of Islam is also dragged in and various interpretations of the Islamic viewpoint are made in this regard. Some say that Islam is totally opposed to any liberty or progress for women and declare that Islam regards woman as a lowly weakling totally captive in the hands of man, deprived of all rights and social privileges.
She, according to them, has no right to property or dignity, not even in the selection of her husband and determination of her own destiny. She is deprived of the blessing of letters and is required to stay, with her eyes and ears closed, in the corner of her house, detached from society, to obediently perform every whim of her husband. She is condemned to live the life of a miserable creature that has no wider role to play in the human society. The life envisaged for her is the mean life of a helpless captive condemned to live and die without rights and without dignity. This is one type of thinking in regard to Islam’s view of women’s rights.
There is another group of extremists who feel that they can stretch Islamic laws in accordance 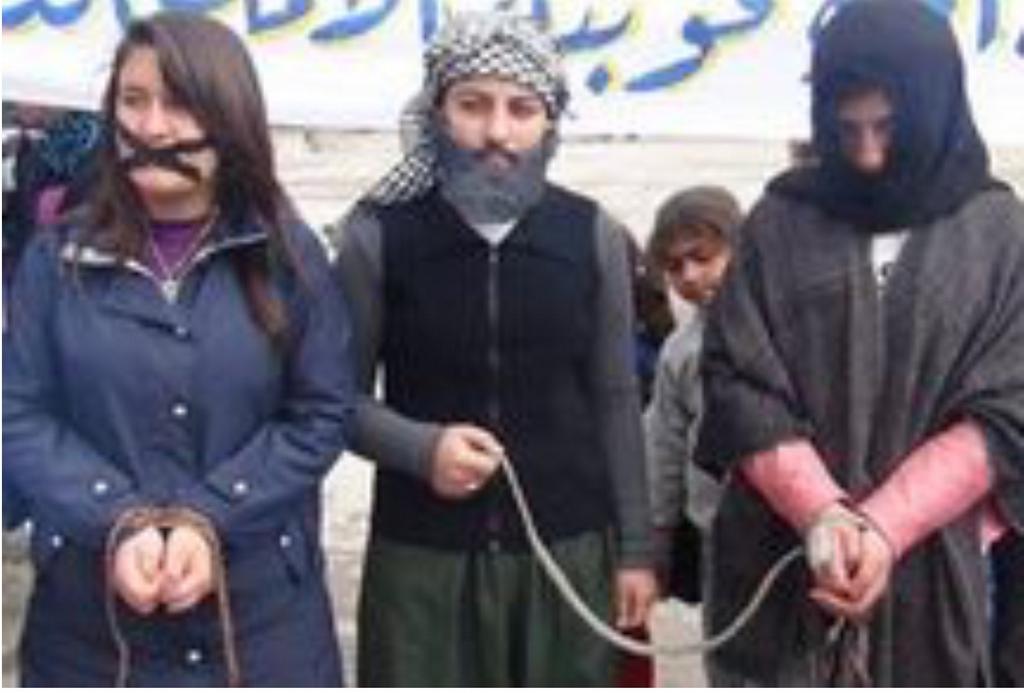 with their whims and fancies and make the sacred laws of Islam march in step with their own imagination at all cost. They feel that Islam has granted all sorts of rights and freedom to woman so as to permit her to intervene in all social spheres along with men, working shoulder to shoulder with him.

Under Wahhabism’s interpretation of Islam, women reverted to being objectified. Those many great women Islam saw rise under the strict protection of the Quran, those models Muslim women came to look up to and aspire to become – Ladies Maryam, Khadija, Fatma, Zaynab- Mohammed Abdel Wahhab would have had locked up in chains in their home.
When Islam gave women their rightful place within society, Wahhabism denied them everything.

In Saudi Arabia, as a Wahhabi government, women cannot drive a car, they are not allowed to eat in restaurant with their male family members. Woman should not work in a place where there is mixing with men, there are not allowed to travel alone. It is her duty to stay away from grouping with men and look for a job that is allowed by Islam, which does not expose her to lust if men lust after her it is haram (forbidden), and her employment by these companies is helping her commit a haram act. A woman’s prayers invalid if she is wearing jewelry while praying.
Women are second-class citizens in Saudi Arabia. Grand Wahhabi Mufti Abdulaziz underscored that notion when he declared, “Proponents of women’s emancipation are advocates of evil and misguidance.”
Women cannot vote and Saudis think these are Islamic laws. This is just a Wahabi prejudice against women.

These harsh measures against women are seen in Pakistan too. In most family gatherings, men eat first, and if there is any food left, then female guests are allowed to eat. In Saudi Arabia and Pakistan, men decide for women what they should or should not wear.

In Afghanistan
In Afghanistan Mulla Mohammad Omar, who was the leader of the Wahhabi Taliban terrorist forces, established an assembly of the leaders of the Taliban, instituted the bigoted religious rulings of extremist Wahhabism and the ultimate law was executed only by his approval!
The Taliban, through the Kabul radio and loudspeakers fitted in trucks, announced their laws against women’s right to the citizens, Such as closed down girls’ schools and prohibited the employment of women outside the house, resulting in shortage of staff in hospitals. This was done when many of the women had lost their men in war and were financially destitute.
Mulla Omar opposed educating girls and women even in his own special schools, considered Haram (forbidden) the driving of women even with full Hijab (covering).