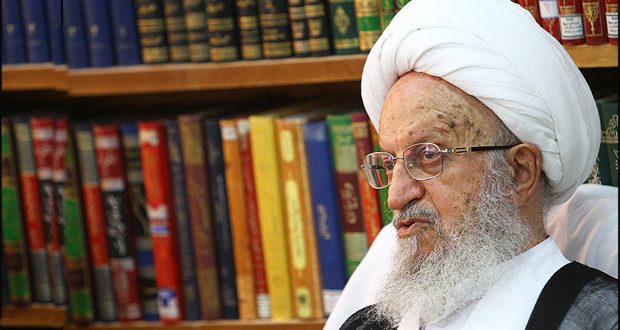 Ayatollah Makarem Shirazi referred to the sensitive conditions facing the Muslim world and said, “We are in favour of unity and have insisted that there must not be the slightest insult to the sanctities of the Sunni denomination.”

Grand Ayatollah Naser Makarem Shirazi met with Dr. Nasir Ahmad Nour, the ambassador of the Islamic Republic of Afghanistan to Iran, referred to the many ways in which Iran and Afghanistan share many points of view and said, “The two countries have much in common in terms of sect, religion and language and must be closer together.”

The source of emulation said that our enemies are also common and added, “Due to having such common enemies, we must be united more than ever.”

In another part of his speech, Ayatollah Makarem Shirazi referred to the sensitive conditions facing the Muslim world and said, “We are in favour of unity and have insisted that there must not be the slightest insult to the sanctities of the Sunni denomination.”

His Eminence considered that the holding of several conferences in order to explain the danger of the Takfiri currents and exposing the nature and background of these groups was very effective and said, “These conferences were attended by clerics and scholars from different countries of the world and views and opinions were exchanged.”

Addressing the Afghan ambassador, he emphasized, “The Americans view Islam as a hindrance to their evil plans and goals. They want to pit Muslims against each other by creating dissension and division among them and for this reason, they can never be trusted.”

In conclusion, he stated that Afghanistan was suffering from a lack of peace and said, “We hope that this Islamic country will soon enjoy this blessing by resolving the differences and by creating sympathy between the various groups. We pray for peace and success for the country and for the people of Afghanistan.”

“Following thorough investigation in valid sources we found that Hazrat Khadija was 26 or 28 years old when she married Prophet Muhammad while the Umayyad introduced her as 40 year-old widow and propagated among Muslims which was...