Islamic Law According to Five Schools of Jurisprudence +PDF

Islamic Law According to Five Schools of Jurisprudence- Maliki, Hanafi, Hanbali, Shafi`i, and Ja`fari madhhabs- is a compilation of legal opinions of scholars from these schools of thought concerning, family, property, inheritance, and public trust laws.

This work on the Shariah or Islamic Law offers a comparative study of the Divine Law that, according to authentic Islamic doctrines, embodies the Will of God in society. In the Islamic worldview, God is the ultimate legislator. The five major schools that are used in the comparison are: Hanafi, Hanbali, Shafii, Maliki, and Jafari.
The unity of the schools becomes apparent, but it is perhaps the differences that are of the greater interest because it shows how open the Law is to a variety of views.
It is from this diversity of interpretations of the Law, interpretations which are based on the Quran and the Sunnah, that unity develops when each diverse group is willing to concede the possibility of the other’s interpretation when it is based on the same two sources. Inheritance is one of the Economic Issues of the five schools. Other aspects of economic issues include prescribed poor-due (zakat), twenty percent tax (Khums), will and bequest (wasiyat) and inheritance (irs).

Title: Islamic Law According to Five Schools of Jurisprudence 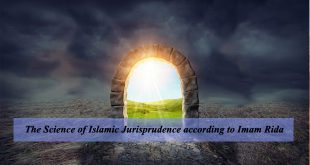 The Science of Islamic Jurisprudence according to Imam Rida (pbuh)