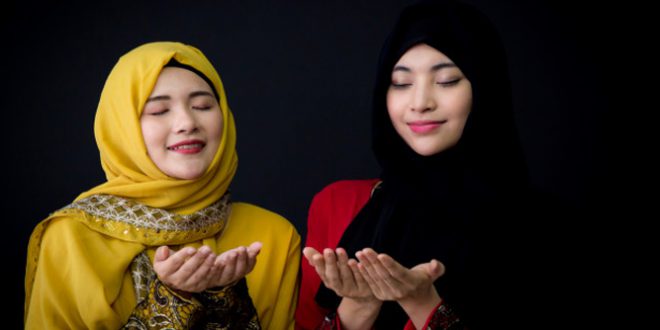 Young Muslim women, growing up in the West are, for the most part, encouraged to study, work hard, and develop careers to gain financial independence and contribute their skills to society.

However, aside from the importance of educating oneself and establishing a career, it is also important for women to be confident in themselves and their abilities. Confidence is fundamental to fully contributing as active citizens and is a direct reflection of a supportive and nurturing upbringing.

The importance of education, which was discussed in ‘Raising Youth to Contribute to the Community’, is essential for raising knowledgeable, confident, women. They can then better influence society through their discoveries, research, writing, lectures, teachings, and expertise. Even young women who choose to stay home and raise their children are in a greater position to impact and enrich their children’s lives by imparting knowledge to them.

“Asking for knowledge is a duty imposed on every Muslim. Verily God loves those who seek knowledge.”
Al-Kafi [The Sufficient], Part One, p.30

Muslim women are often misrepresented as uneducated, backward, oppressed, and invisible members of society. However, this hadith clearly illustrates that in Islam, obtaining knowledge is a duty assigned to all Muslims without distinguishing between male or female. In fact, Islamic history has numerous examples of pivotal women, who were not only incredibly educated, such as Sayyida Fatimah bint Muhammad (p), but who also were famous for their stances against oppressive factions in their community, notably Sayyida Zainab bint Ali (p). Clearly, Muslim women have much to offer and contribute as citizens and are not discouraged from participating in society.

Belief in one’s ability is crucial to the self-development of young women in order for them to achieve their full potential. This is where the support of the family is fundamental to their upbringing. Families must raise their daughters with the same fervor and dedication as their sons, just as our Holy Prophet (pbuh&hp), and Imam Ali ibn Abi Talib (p) so gracefully raised theirs, with love, support, and a core belief that their existence was crucial to the society around them.

Sayyida Fatimah (p), for example, is the source of the lineage of the Prophet (pbuh&hp), and one of the flag bearers of his teachings, manners, discipline, and knowledge, and who has impacted the religion of Islam in the most fundamental way. We seek guidance needed to achieve nearness to God through her example and the examples of her progeny.

In this verse of the Holy Quran, the abundant virtue (al-kawthar) is an indirect reference to Sayyida Fatimah (p), as she is a spring of knowledge and the heir of the Holy Prophet (pbuh&hp) from whom our Imams originated.

Very often, culture and unIslamic values pervade the manner in which young women are raised. We are taught at an early age about key Muslim women, such as Lady Asiya, Maryam, Khadija, Sayyida Fatimah, and Sayyida Zainab (pbut). Yet we do not always fully demonstrate this knowledge in our own lives. Most of us are aware of Sayyida Fatimah (p) having to defend her rights of inheritance, specifically the property of Fadak, which was gifted to her during her father’s (p) lifetime. How might we reflect and comprehend just how her stance against injustice might serve as a reminder for us?

Similarly, do we truly understand the gravity of Sayyida Zainab’s (p) speech in the courtyard of Yazid, (a merciless and tyrannical ruler who was holding her and her family members captive)? How might we reflect on our own roles and duties within society using her as an example? Sayyida Zainab (p) was not a voiceless, powerless, helpless Muslim woman. She operated within the framework of God’s Divine guidance while upholding tenets of justice and truth.

We are often fed a concept in the media of who a Muslim woman should be: voiceless, powerless, useless, and ignorant. Does this image truly reflect the legacy that women such as Sayyida Zainab and Sayyida Fatimah (pbut) have left for us to emulate? These two exemplary women took action when needed. They were vocal and not silent in the face of injustice. They were confident in their belief, faith, and in themselves while they had the support of their families and followers. They were raised to be strong women with the foundation of Islamic beliefs and manners embedded firmly in their hearts.

Therefore, it is the acquisition of knowledge, strong faith in God, and a supportive upbringing that fosters confidence in oneself. These qualities are needed to know one’s rights, to fight for them, and also to participate in righteous causes. Both Sayyida Fatimah (p) and Sayyida Zainab (p) chose not to remain silent and allow their rights to be taken from them. Through their firm belief in God and conviction of justice, they made their positions clear and thereby created a roadmap to guide future generations of young women.

Young Muslim women, growing up in the West are, for the most part, encouraged to study, work hard, and develop careers to gain financial independence and contribute their skills to society. However, aside from the importance of educating oneself and establishing a career, it is also simultaneously important for women to be confident in themselves and their abilities. Confidence is fundamental for fully contributing as active citizens and is a direct reflection of a supportive and nurturing upbringing. The Phenomenon of Divorce: Causes and Solutions Polygamy Is Not a Principle in Islam: Sheikh of al-Azhar 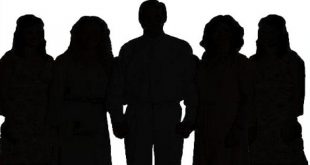 Having Several Wives Is not Recommended: Ayatollah Khamenei

The view of Ayatollah Khamenei is that having several wives is permissible, but it has no rewards or recommendation. This view is supported in fiqh and is in accordance with the common view of...