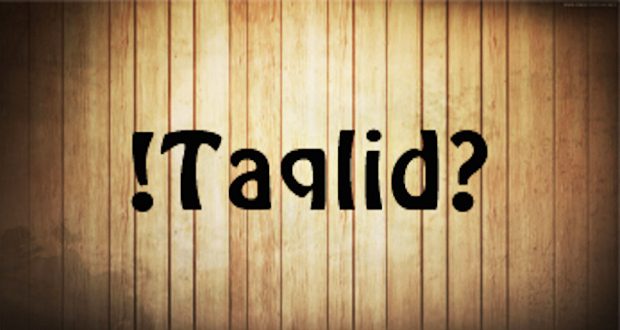 A Dialogue on Taqleed according to Ayatollah Sistani’s Islamic Law

Taqleed is the following, by a lay person, of a Jurist in matters of religious practice. Thus, you apply the Jurist’s legal opinion (fatwa). It is as if you have put the responsibility squarely on the Jurist’s shoulders, in that he will stand accountable before Allah insofar as your compliance with his fatwa is concerned.

2. Immaterial things that are contingent on certain actions; if done, you need to perform wudhu, ghusl, or tayamum to remove the impurity. These are things like janabah, haydh, istihadha (Undue menses), touching a dead body, etc.
However, before prayer, we need to know najis things. Also, we need to know the purifying agents to ensure the purity of the body from that which may have defiled it.
We can then stop over certain occurrences, such as going to the toilet, breaking wind, sleep, etc. that require wudhu or tayamum.
We may then resume the conversation on things such as janabah, haydh, nifas (bleeding that occurs after childbirth, miscarriage, or abortion), etc. that require ghusl or tayamum.
Thus, eliminating from our way all that which may forestall our effort to seek nearness to Allah through prayer. This may make us taste the joy of standing before God, and chanting His Glory and Praise. That we may draw solace and peace of mind from being in His audience, and singing His love and praise.
After those topics, we may turn to fasting, hajj, etc.
* So, we shall start discussing najis things.
– Yes, tomorrow. Inshallah (God willing). 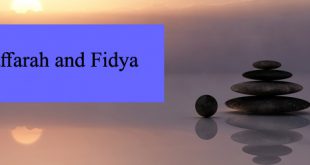 Kaffarah and Fidya’s Rules according to Ayatollah Sistani

As fasting is obligatory for all Muslims in the Blessed Month of Ramadan, there are a number of orders enjoined upon the believers by the Islamic Jurisprudence in this regards, the...