An Introduction to the Political Theory of Imam Khomeini

The two-volume book contains and analyzes a variety of Imam Khomeini’s dynamic political thought, ideology and theories from various perspectives.It is a discussion on ethics and its relation to politics from the viewpoint of Imam Khomeini.

The book titled ‘An introduction to Imam Khomeini political thought’ was originally written and compiled by an Iranian scholar, Dr. Mohammad Reza Dehshiri.

The book has been translated into Arabic language and published in close coordination between Iraqi academic institutions and the Iranian cultural house in the Iraqi capital, Baghdad.

The two-volume book contains and analyzes a variety of Imam Khomeini’s dynamic political thought, ideology and theories from various perspectives.

This comes as international department of the institute for compilation and publication of Imam Khomeini works have compiled and published a book of great significance under title of Imam Khomeini, Ethics and Politics.

The volume is a discussion on ethics and its relation to politics from the viewpoint of Imam Khomeini.

The discussions in this book are presented in three parts. The first part is a view on the ethical principles of Imam Khomeini’s Islamic thought and his fundamental views on ethics. The second part is a deliberation on the relation between ethics and politics. The third part deals with ethical politics and ethical elements in politics

Dozens of works of the world religious and spiritual leader have been translated into several languages over the past few years.

Imam Khomeini thought and works are increasingly becoming popular in several continents and countries across the globe.

Imam Khomeini believed in transparent politics and wanted to remove corruption, poverty, inequality and racism from the world politics. Imam Khomeini does not construe politics as a science of power or a kind of technique for exploiting people with a view to make them subordinate to rulers.

Imam Khomeini’s personality and ideas have become popular among the Muslim generations and the oppressed nations.

Title: An introduction to the political theory of Imam Khomeini 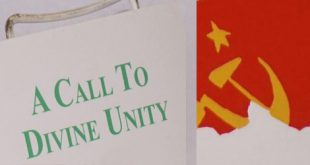 A Call to Divine Unity +PDF 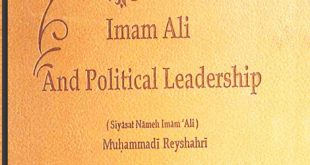