Iraq’s top Shia cleric Ayatollah Sayyid Ali Sistani has urged the end of bloodshed in the Arab country, warning of a civil war and chaos after dozens of deaths during the recent wave of protest rallies across Iraq.

In a statement on Friday, Ayatollah Sistani expressed regret over the continued clashes between demonstrators and security forces, which have resulted in the deaths and injuries of many innocent people from both sides and damages to public and private properties.

“The innocent blood shed during the past few weeks is very valuable to us, and measures must be taken to prevent further bloodshed,” the top cleric said.

“The country must be kept from slipping toward the edge of the precipice of a civil war, chaos, and destruction,” Ayatollah Sistani urged.

This is only possible if all parties join hands to resolve the current crisis in the country with good faith, he added.

The top cleric once again condemned any assault on the peaceful protesters and any unjustifiable violence, calling for investigation into those who use violence.

Ayatollah Sistani also warned any individuals and groups inside Iraq as well as regional and world countries against attempting to exploit the Iraqi people’s protests. 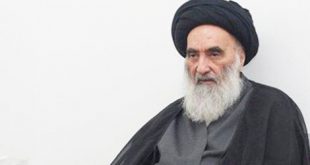 Ayatollah Sistani Had a Successful Operation 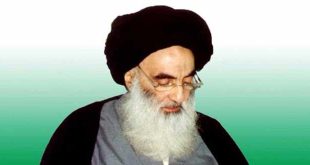 The office of Grand Ayatollah Sistani announced that he had a break in his leg last night and will undergo surgery today...