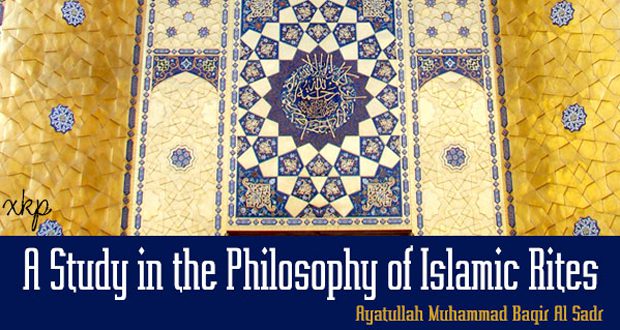 Rites enjoy an important role in Islam. Their injunctions represent an important part of jurisprudence and a worshipping conduct which formulates a noticeable phenomenon in the daily life of the pious.

The system of rites in Islamic jurisprudence represents one of its static facets which cannot be affected by the general trend of life or the circumstances of civil progress in man’s life except by a small portion, contrary to other judicial aspects which are flexible and dynamic.

The method of application and utilization of these judicial aspects is affected by the circumstances pertaining to civil progress in man’s life, such as the system of deals and contracts.

It is true, however, that in the civil aspect of getting prepared to perform a rite. this person may differ from that: for this travels to his place of pilgrimage in a plane, while that used to travel with a camel caravan. And when this covers his body-while saying his prayers or during other occasions-with clothes manufactured by machines, that covered his body with clothes he hand-sewed. But the general formula of worship, as well as its method and legislation, is the same. The necessity of its application has never suffered any change, nor has its legislating value been affected or shaken by the continuous growth of man’s control over nature and his own means of living.
Continue Reading in PDF File