Most studies on the emergence of Shīʿism privilege the role of theology and emphasize the importance of rival historical claims regarding Muḥam mad’s succession.

The notion of imāmate (imāma) holds a special significance as Shīʿī groups differed over the identity of the legitimate heir to the Prophet as well as the scope and nature of his authority. With respect to Imāmī Shīʿism, much of the foundation for this mode of analysis was laid by Marshall Hodgson, and developed in the careful and erudite studies of Wilferd Madelung and Etan Kohlberg. In a similar vein, Maria Dakake published an important monograph which emphasized the centrality of walāya (charismatic allegiance or—alter natively—attachment) in the creation of an early 2nd /8th century Shīʿī identity. Complementary views were offered by Amir-Moezzi, who concentrated on the mystical and esoteric aspects of Imāmī Shīʿism, and Hossein Modarressi, who highlighted its deeprooted rationalist tendencies. Other studies have emphasized the role of Muḥammad al-Bāqir (d. 117/735) and Jaʿfar al-Ṣādiq (d. 148/765) in laying the foundations for the Imāmī community. Ron Buckley, for example, links al-Ṣādiq’s increasing interest in articulating both (a) a coherent doctrine of the imāmate and (b) a concrete ritual and legal edifice to the political aftermath of the ʿAbbāsid revolution (132/750). Overall, there is a general scholarly consensus that the outlines of a distinct Imāmī communal identity were in place during the lifetime of al-Ṣādiq.

I propose a narrative for the emergence of sectarian consciousness rooted in distinctive ritual practice and geographical space. This differs from recent studies of early Imāmī Shī’ism which tend to focus on historical struggles for political power or theological disputes about religious authority (i.e., the imāmate). I conclude that an observable proto-Imāmī identity began to crystallize in early 2nd/8th century Kūfa. In an urban environment characterized by a growing correlation between communal identity and ritual practice, the Imāmīs carved out distinctive sacred spaces in Kūfa, frequenting a set of revered mosques and avoiding others associated with hostile elements. Over time, Imāmīs increasingly emphasized smaller pilgrimages (ziyārāt) to shrines and other locations of historical and religious significance (e.g., ‘Alī’s shrine and al-Husayn’s grave in Karbalā’). By the early 5th/11th century, participation in large processions to holy sites constituted a clear public declaration of communal loyalty. 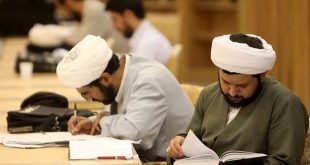