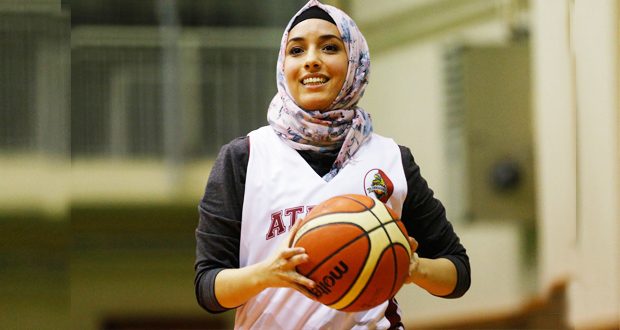 An eastern Iowa non-profit group is offering sports hijab to Muslim girls to encourage them to play sports and stay active.

“To have something that is more comfortable, that’s not moving around a lot, they’re not having to adjust it,” Kelly Teeselink, executive director of Girls On The Run organization, told Iowa Radio on Monday.

“Really, it just came down to that this could potentially be a barrier for girls participating in sports and they wanted to do something about it.”

The project, which kicks off this fall, will supply the athletic versions of the Muslim hijab to girls who request them.

Teeselink sees the effort as part of the group’s mission to help girls build self-esteem and stay active.

“When you see someone like you doing something awesome, especially for young girls, that is hugely important,” she says, “because it shows them, ‘That person is like me and they did this and that means I can too’.”

She hopes that the initiative will encourage girls of all backgrounds to feel included, supported and ready to run.

In October 2017, Switzerland-based federation (FIBA) lifted the ban on religious headgear and allows players who wear articles of faith, including the hijab, worn by Muslim female athletes, to participate in international competitions.