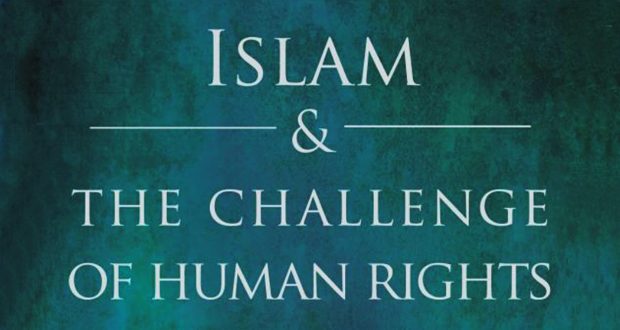 Book: Islam and the Challenge of Human Rights+PDF

In this book, Abdulaziz Sachedina rejects this informal consensus, arguing instead for the essential compatibility of Islam and human rights.

In 1948, the General Assembly of the United Nations adopted and proclaimed the International Declaration of Human Rights, a document designed to hold both individuals and nations accountable for their treatment of fellow human beings-regardless of religious or cultural affiliations. Since then, debates surrounding the reach and scope of the Declaration have been lively and wide-ranging, with the compatibility of Islam and human rights emerging as a particularly thorny issue of international concern. The question has been addressed by Muslim rulers, conservatives, and extremists, as well as Western analysts and policymakers, all of whom have commonly agreed that Islamic theology and human rights cannot coexist.

In this book, Abdulaziz Sachedina rejects this informal consensus, arguing instead for the essential compatibility of Islam and human rights. His work is grounded in a rigorous comparative approach; he not only measures Islam against the yardstick of human rights, but also measures human rights against the theological principles of Islam. He offers a balanced and incisive critique of Western experts who have ignored or underplayed the importance of religion to the development of human rights, arguing that any theory of universal rights necessarily emerges out of particular cultural contexts. At the same time, he re-examines the juridical and theological traditions that form the basis of conservative Muslim objections to human rights, arguing that Islam, like any culture, is open to development and change.

Finally, and most importantly, Sachedina articulates a fresh position that argues for a correspondence between Islam and secular notions of human rights. Grounding his work in Islamic history and thought, he reminds us that while both traditions are rigorous and rich with meaning, neither can lay claim to a comprehensive vision of human rights. He never loses sight of the crucial practical consequences of his theory: what’s needed is not a comprehensive system of doctrine, but a set of moral principles that are capable-whether sacred or secular–of protecting human beings from abuse and mistreatment.

1-The Clash of Universalisms

This chapter lays the groundwork for assessing traditionalist Muslim scholarship on human rights to date. It undertakes to argue that the Universal Declaration of Human Rights cannot be dismissed outright as a product of Western secular thought with deep roots in Enlightenment thought. Nor can one entertain the charge of a Eurocentric bias of the document as valid because liberal views about human individuality, dignity, and agency are compatible with Islamic revelation as developed in Muslim philosophical theology and juridical methodology to understand human personhood. Thus far Muslim studies of the Declaration have concentrated on investigating the compatibility or the lack of it from the point of view of the Shari’a—the Sacred Law of Islam—without engaging the juridical system’s theological‐ethical foundations. Given the declaration’s intellectual anchoring in the historically specific secular and Christian experience of the drafters, academically such an investigation about the Shari’a’s compatibility with the declaration is unproductive for understanding the origins of the universal underpinnings of both the Islamic tradition and the secular international document. To get to the root of Muslim traditionalists’ arguments against the antireligion bias of the declaration, this chapter endeavors to undertake a critical analysis of Muslim theological resources to propose a fresh understanding of Muslim theology to support universal human rights that envisions the derivation of human rights on the basis of the principle of the inherency and inalienability of the rights that accrue to all humans as humans.

2-The Nature of Islamic Juridical‐Ethical Discourse

This chapter deals with a critical assessment of Islamic juridical tradition—a formidable obstacle to a number of articles of great consequence for the protection of individual rights that are enshrined in the Universal Declaration of Human Rights. My aim is to explore the ethical doctrines that undergird the legal tradition in Islam, because, as I argue in this chapter, it is the ethical dimension of Islamic legal methodology that holds the potential for an inclusive universal language that can engage the universal morality of the declaration. What is critically needed in the Islamic context is to demonstrate to traditionalist scholars that Islamic ethics shares common moral terrain with the declaration on several levels, and to disregard its sources as antireligious would be to foreclose any opportunity to dialogue with liberal secularists on the need to protect human dignity and to advance peace with justice in the world.

This chapter investigates Islamic theological resources to argue for an Islamic theory of natural law. Natural law is part of the rationalist‐naturalist Muslim theology upheld by some Sunni and Shī’ite theologians. The emphasis laid on the naturally endowed constitution of human beings serves as the logical entry for Muslim scholars to engage modern human rights discourse. Islamic political theology, with its goal of establishing a just public order, had laid the doctrinal groundwork for the Muslim community to work toward reaching a consensus about the need for peaceful and just relationships with other faith communities on the basis of common humanity endowed with natural constitution under divine guidance. The aim of this chapter is to demonstrate that, as in Catholic tradition, rights theory in Islam can be derived from the doctrine of the original nature (fitra) that God has conferred on all humanity equally and without any distinction between believer and nonbeliever. The fact of cultural and religious diversity regulated through the natural law in the Qur’an can serve as an irrevocable foundation of inalienable human rights.

This chapter deals with one of the most challenging areas in interhuman relationships, namely, the treatment of women and religious minorities in Muslim societies. Although both women’s rights and the rights of minorities present Muslim jurists with the challenge of rethinking of a number of past rulings in the Shari’a, it is the human rights of women (more than half of the Muslim population) that requires methodological expansion and legal enactments for protection. Whether it is in the area of personal status or laws of inheritance, the issues related to women’s human rights demand not simply revision but also abandonment of some past juridical decisions. The crisis of epistemology has shaken the confidence of male‐dominated Muslim seminaries in which judgments regarding women’s concerns and legitimate claims were formulated without a single female legal scholar participating in deliberations that affected a woman’s position in private and public sectors. Women activists in the Islamic world have correctly pointed out that without women’s participation in the constitutional debates, for instance, in Iraq and Afghanistan in recent years, it is impossible to see how certain universal norms of human rights based on recognizing human dignity and the capabilities of women can be implemented without constitutional guarantees promoting quality of life for women in all Muslim states.

This chapter takes up the question of group rights, which is one of the four areas of contemporary international controversy over internationally recognized human rights. The concept of human rights challenges the ideal of community that sees individuals, rights, and other social options as defined by group membership. Secularism sees society as transcending community in the way the universal transcends the particular. Although community has imperceptible historical roots extending back to antiquity, it is not a rational construct. The essential feature of communities is that one’s presence in them is not a matter of choice; that is, one does not decide at a particular time to join such a community, even hypothetically. Human relationships in such communities are constituted more along the lines of status than contract, status inevitably being a matter of kinship. Societies, in contrast, are rational constructs that transcend the particularistic dimension of communities constituted by revelation. Subordination of community to society has been regarded as an indispensable facet of democratic governance, which is based on inclusive and equal membership of all citizens regardless of their religious affiliation in their respective faith communities. This sociological distinction between a community and a society does not fully resonate with the Islamic paradigm of a religious‐political society with a cosmic dimension that can be contrasted and compared with the secular model on the one hand, and the traditional religious community on the other. The essential feature of Muslim community is that although it is based on religious affiliation derived from revelation, it functions as a comprehensive political society, presupposing the natural and legally constructed entitlements of those who live under its domination. Such a view is in direct conflict with the human rights norms that attach fundamentality to individual existence without any reference to extraneous conditions.

6-Freedom of Religion and Conscience

The last chapter explores one of the most controversial articles of the Universal Declaration of Human Rights regarding the freedom of religion. The rulings about religious minorities in the Islamic juridical tradition were formulated when the Islamic empire existed as a source of Muslim hegemony over non‐Muslims. With the changed political reality, Muslim scholars need to investigate the revealed texts of Islam in order to make an incontrovertible case for the freedom of religion in the Qur’an. The main argument of the chapter is that without the recognition of religious pluralism as a principle of mutual recognition and respect among faith communities, the community of nation‐states is faced with endless violence and radical extremism propelled by an uncompromising stance in the matter of exclusive religious truth. Introducing the controversial term pluralism with its negative connotation for the exclusive salvation guaranteed by Islam to its followers in this chapter was a conscious decision, in line with needed originality in reinterpreting the understanding of exclusive salvation in the community without denying non‐Muslims their human dignity and inalienable human rights related to individuals’ choice of religion.

Title: Islam and the Challenge of Human Rights 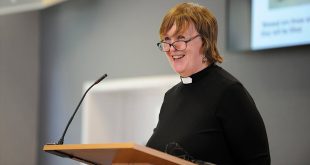 Video: Zainab Is an Example of Standing against Tyranny

Zainab was stand up and said this is oppression, this is a tyrant, you have to stand up against it...