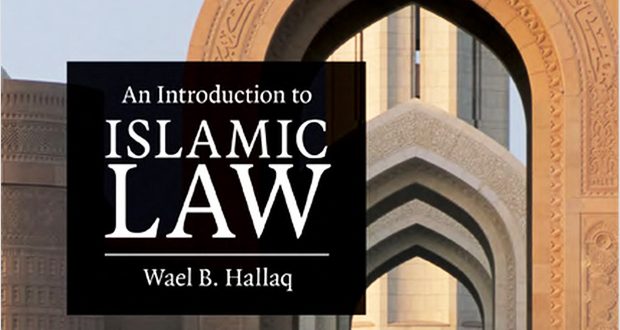 Book: An Introduction to Islamic Law+PDF

The book will be the first stop for those who wish to understand the fundamentals of Islamic law, its practices and history.

One out of five people in our world today belongs to the Islamic faith. Yet we know very little about Muslims, about their culture, their religion, their history. Our bookstores are crowded with titles about Islam, mostly negative and nearly always concerned with “Islamic violence.” Islamic law, or Shariʿa, has in particular become an ugly term, as often associated with politics as with the chopping off of hands and the stoning of women. An endless array of popular books have distorted Shariʿa beyond recognition, confusing its principles and practices in the past with its modern, highly politicized, reincarnations. Considering Shariʿa’s historical role as the lifeblood of Islam, we have little hope indeed – given these distortions – of understanding the history and psychology of as much as one-fifth of the population of the world in which we live.

This book attempts to correct misconceptions about Islamic law, first by giving a brief account of its long history and then by showing that what happened to it during the last two centuries made it what it has become. While, historically, it did its best to distance itself from politics and to remain an example of the rule of law, it has now ironically become a fertile political arena, and little else in terms of law. The book therefore attempts to provide the knowledge needed to explain why any mention of the Shariʿa provokes distaste and even fear on our part. What brought this about? Was the Shariʿa as harsh and oppressive as it is now depicted in the media? What were its doctrines and practices in history? How did it function within society and the moral community? Under what conditions did it coexist with the body-politic? How was it colonized and largely dismantled? And, finally, how were its remnants transformed into an oppressive regime, wielded above all by the relatively new nation-state (perhaps the most important factor in Shariʿa’s modern transformation)?

In order to explain how Islamic law worked, I begin, in chapter 1, with some introductory remarks about the people who made Islamic law what it was and about what they did as jurists and judges. In chapter 2, I discuss the ways and methods through which these jurists arrived at the law, showing the importance of interpretation in approaching the Quran and

other sacred texts. In chapter 3, I explain how these jurists came to belong to different schools, but more importantly what these schools meant in terms of giving authority to the law (an authority that the modern state was to replace). In chapter 4, I turn to legal education, the means by which the juristic class reproduced itself over the centuries. This chapter offers a brief account of the workings of the “study circle” as well as of the law college, which has now become the infamous madrasa. The college, we will see, provided not only a point of contact between law and politics, but also an effective venue through which the ruling class attempted to create and sustain political and religious legitimacy. Topics covered in this chapter are no doubt important in themselves, but they are also fundamental for understanding nineteenth- and twentieth-century developments where the appropriation of the Shariʿa by the modern state was made possible through dynastic control of traditional legal education.

Chapter 5 takes into account the interaction between law and society, especially how the moral community constituted the framework within which the law court operated. Customary practices of mediation are shown to intersect with judicial practice and to complement it as well. Finally, this chapter provides a look at the place of women in the traditional legal system, a theme relevant to the arguments of chapter 8.

Closing our discussion of the pre-modern history of Islamic law, chapter 6 deals with the so-called “Circle of Justice,” a long-standing Near Eastern culture of political management that employed the Shariʿa not only for the purposes of acquiring political legitimacy by the ruler but also for achieving just rule as the ultimate realization of God’s will. Governance according to the Circle of Justice represented one of the highest forms of the rule of law, where the “state” itself was subject to a law not of its own making (unthinkable in our modern state system).

With chapter 7, the book moves on to the modern period, not a chronological measure of time so much as a dramatic transformation in the structure of Islamic law. Hence, the “modern” takes off where and when such transformations occur, in British India, for example, at least half a century earlier than in most other Muslim countries. One of the major themes here is the negative impact brought about by the introduction into the Muslim legal landscape of the modern project of the state, perhaps – together with capitalism – the most powerful institution and feature of modernity. Thus, this chapter offers a historical narrative of legal colonization in key countries: India, Indonesia, the Ottoman Empire, Egypt, Iran and Algeria. The dominant theme throughout this chapter is how the Shariʿa was transformed and, eventually, dismantled.

Chapter 8 continues the discussion of this transformation after World War I, focusing on two major themes: first, the methods through which changes in the law were effected at the hands of post-independence nationalist elites; and second, how the Shariʿa was reduced to little more than a set of altered provisions pertaining to family law, and how the coverage of this sphere became a central concern of the state’s will-to-power. Precisely because modern family law preserved the semblance of Shariʿa’s substantive law (claiming itself to be its faithful successor), it is of particular interest to examine how an oppressive patriarchal system, engineered by the state, came to replace another, arguably milder, form of traditional patriarchy.

This change in the structures and systems of Islamic law is indicative of the drastically different conditions that modernity came to impose on family life and matrimonial relationships, on legal institutions, and on society at large. Coupled with the emergence of oppressive modern states and a deep sense of moral loss, these changes have all combined (together with poverty and much else) to produce a social phenomenon that is predominantly political but also legal and cultural in orientation. This is the Islamist movement, which has been influencing much of what is happening in the Muslim world today. Chapter 9 therefore addresses the complex relationship between the state, Islamists and the traditional religious establishment in a number of key countries – key, in that developments there have deeply affected most other regions in the Muslim world.

Finally, in chapter 10, I summarize some of the salient points of the book, especially those that show how the Shariʿa was a living and lived system of norms and values, a way of life and a malleable practice. This in turn is contrasted with the manner in which the Shariʿa has emerged in the modern world, namely, as a textual entity capable of offering little more than fixed punishments, stringent legal and ritual requirements, and oppressive rules under which women are required to live.

This book constitutes a select abridgment of my longer work Sharīʿa: Theory, Practice, Transformations, recently published by Cambridge University Press. Unlike that longer work, intended for advanced readers, this book is not for specialists but rather caters for those who seek a simplified account of Islam and its law. Thus, in abridging the work, I have taken care to eliminate all theoretical and technical discussions and, as much as possible, specialized vocabulary. Those technical terms that I was compelled to retain here are mostly rendered in English – instead of Arabic – and have been wholly CAPITALIZED on first occurrence to indicate that they are defined and explained in the “Glossary of key terms,” which the reader will find toward the end of the book. Because it frequently offers added information, and because it cross-references the entries, the Glossary perhaps deserves a reading on its own. In addition to a fairly expansive Chronology, I have also provided a list of “Suggested further reading,” to be found at the end of the book as well.

Part I    Tradition and continuity

Title: An Introduction to Islamic Law