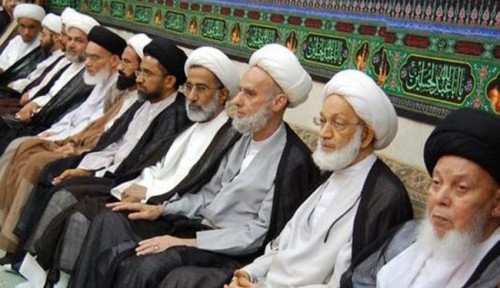 Bahrain’s Shia scholars in a statement criticized the Al Khalifa regime for continuing to arrest clerics and imams of mosques in its ongoing crackdown on dissent.

In the statement, released on Sunday, they said Shia clerics do not seek violence or crises and that their sermons in mosques are only aimed at explaining religious issues.

They underlined that it is the responsibility of religious scholars to inform people about religious issues.

Sunday marked the national day of religious freedom in Bahrain.

They called on the ruling regime to respect people’s rights and stop religious discrimination.

The Persian Gulf island country has been the scene of an ongoing suppression of protesters who demand the release of opposition figures.

The arrests are part of the Al Khalifah regime’s brutal suppression of anti-regime protesters since 2011. Scores of people have been killed and thousands more wounded during the crackdown.