Ayatollah Sayyid Muhammad Mahdi Mousavi Khalkhali the prominent Shia jurist, religious scholars and the teacher of Hawza Ilmiyya of Mashhad, Iran passed away at the age of 94 in holy city of Mashhad, Iran.

Ayatollah Sayyid Muhammad Mahdi Mousavi Khalkhali was born in 1925/1344 in the city of Rasht, northern Iran.

He migrated to Najaf at the age of sixteen in order to continue his education in Seminary of Najaf. He started his Islamic educations in the Najaf Seminary where he studied Arabic literature, logic, fiqh, usul al-fiqh and Islamic philosophy. His teachers were Sheikh Mojtaba Lankarani, Mirza Hassan Yazdi, Sheikh Mortaza Taleqani and Sheikh Muhammad Taqi Iravani.

He came back to Tehran in 1960and started the teaching of Rasail, Makasib and Kifaya. After some years he began teaching of dars al-kharij (advance lectures of Fiqh and Usul).

In 2006 he migrated to Mashhad and continued his teaching of dars al-kharij.

He got his permission of ijtihad from Grand Ayatollah Khoei.

Ayatollah Sayyid Muhammad Mahdi Khalkhali passed away on December 21, 2019/25th of Rabi al-Thani 1441 at the age of 95 in holy city of Mashhad, Iran.

What are the things which khums become an obligation upon

and some other books about Mahdaviyat

what follows is some written ijtihad permissions from Ayatollah Khoei to Ayatollah Khalkhali: 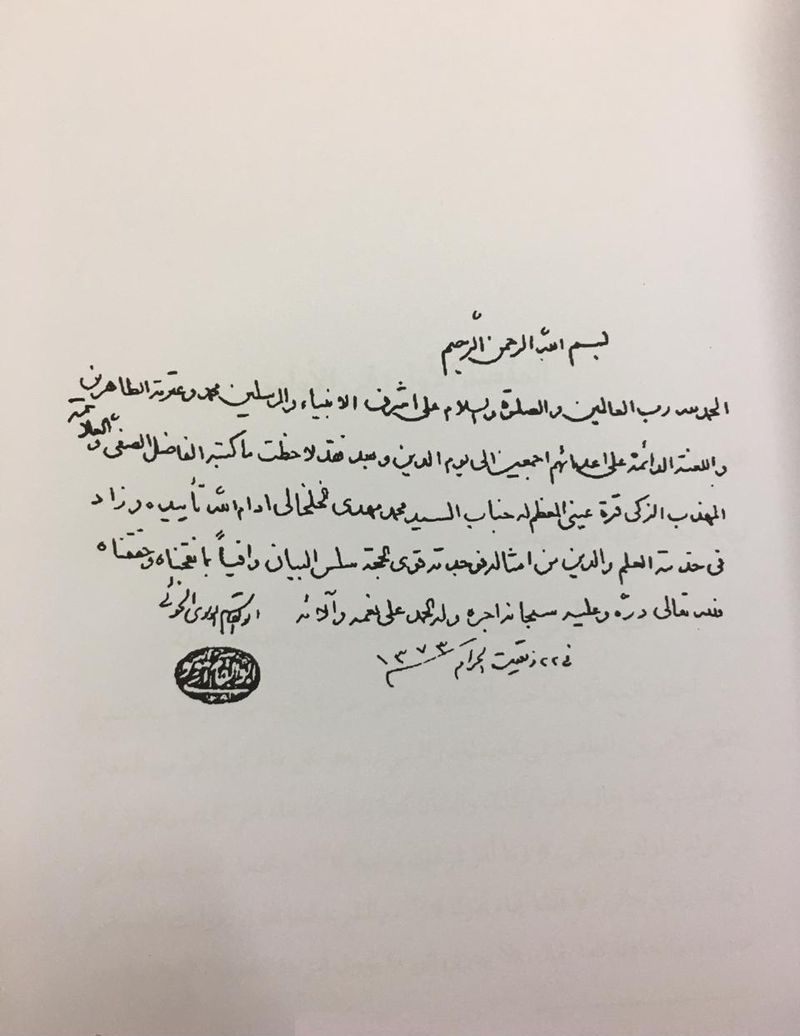 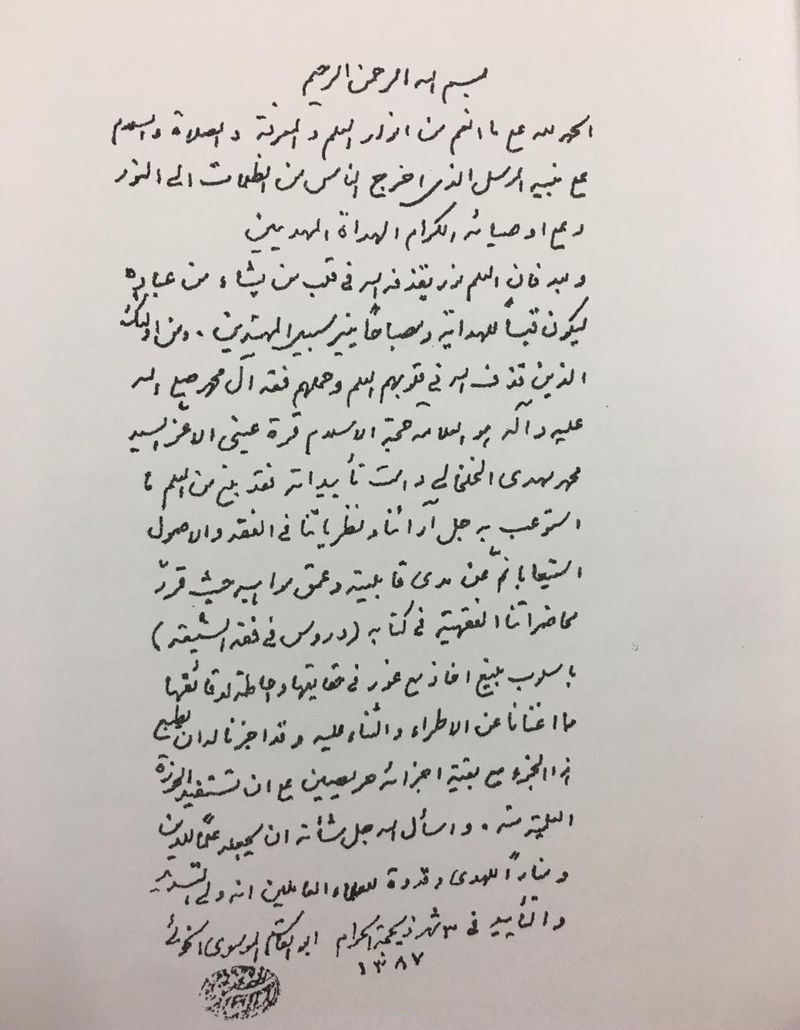 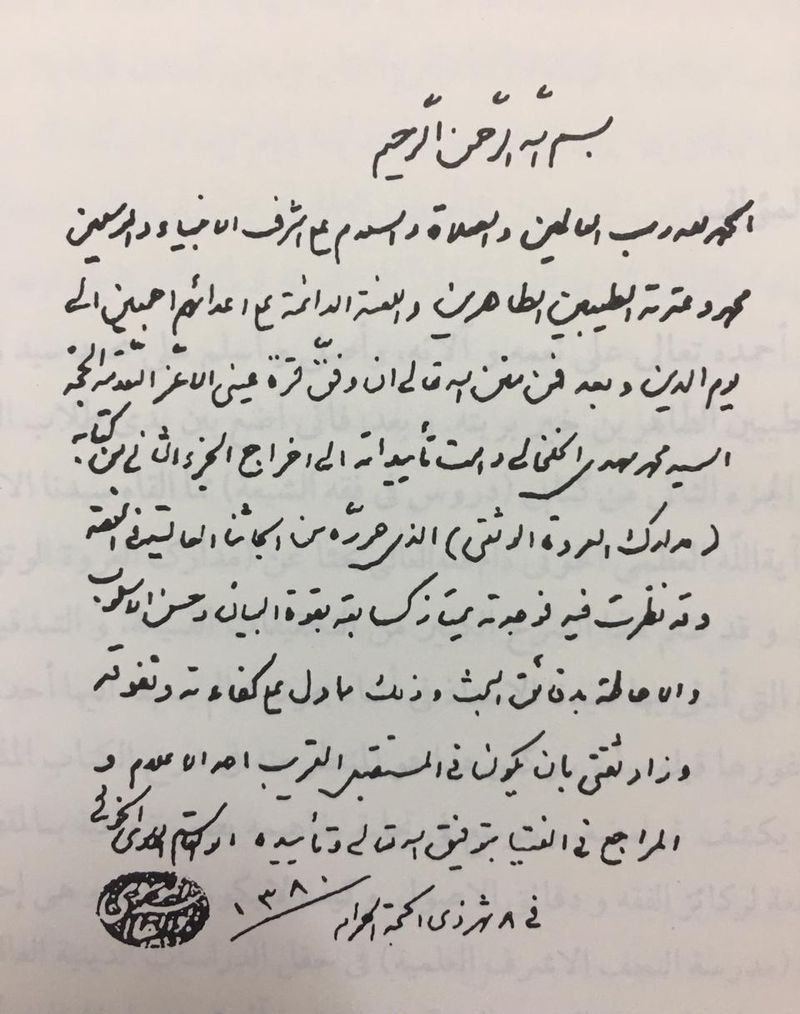 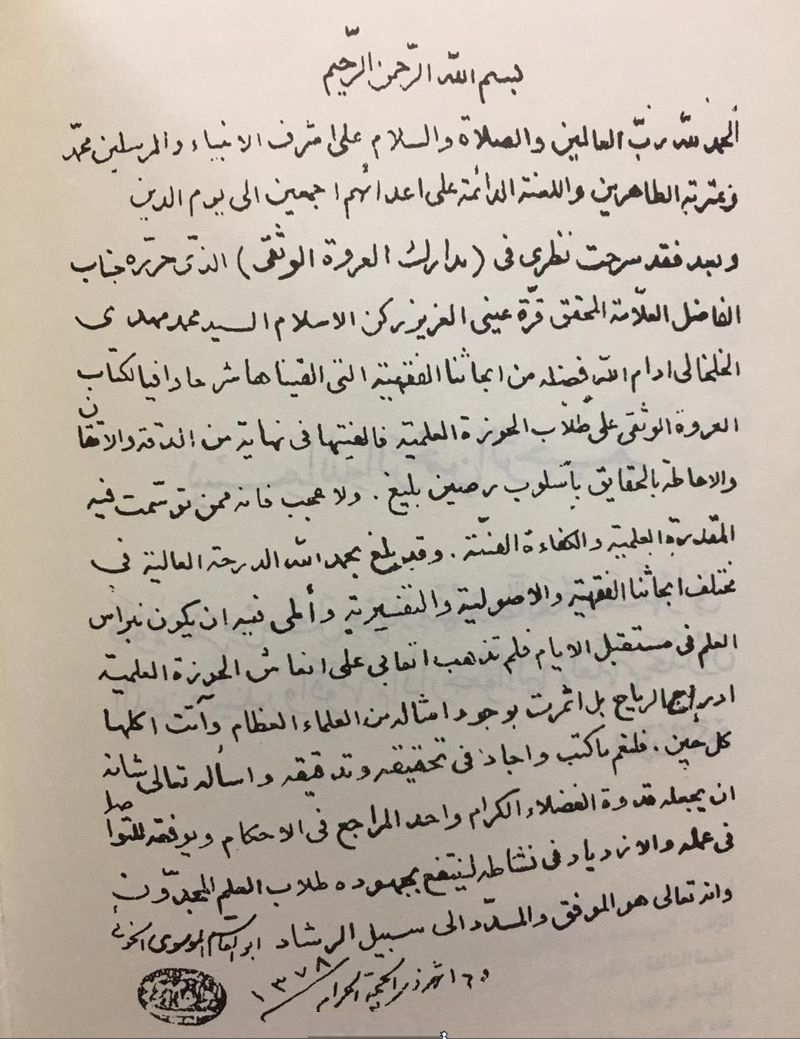 Previous Does Ayatollah Sistani Himself Write the Friday’s Sermon of Karbala?
Next In Pictures: Late Ayatollah Muhammad Mahdi Mousavi Khalkhali