Late Sayyed Muhammad-Baqir al-Sadr was a member of a distinguished Iraqi family with a genealogy that is traced back directly to the Prophet of Islam, Muhammad, hence his title of “Sayyed.” He was born on March 1, 1935 in the holy city of al-Kadhimiyya, northwestern Baghdad in the Karkh flank, and was assassinated by Saddam’s regime on April 9, 1980 together with his sister, Amina al-Sadr, who is better known by her pen name “Bint al-Huda” (daughter of guidance), a novelist, poetess, writer and social organizer as well as defender of women’s rights. His ancestors had lived in the region of Jabal Amil in present-day southern Lebanon. In recent Iraqi history, one of the family numbers, another Muhammad al-Sadr, served as Iraq’s prime minister in 1948. Al-Sadr’s father, Muhammad Sadiq, was a mujtahids, a theologian qualified to make independent juridical decisions, and his grandfather and great-grandfather were among the highest religious authorities (maraji`; sing. marji` ) of their time. His mother was the daughter of late Grand Ayatollah Shaykh Muhammad Rida Āl-YaSin, also a prominent marji`. Muhammad al-Sadr was educated at Najaf’s hawza, theological seminary. In his advanced studies, known as dars al-kharij, he was taught by scholars such as then Grand Ayatollah Abul-Qasim al-Khoei and Sayyed Ruhollah Khomeini. He became mujtahid   in the mid-1970s, and in the early 1990s he published his own collection of fatwas (edicts) in jurisprudence known as the risala amaliyya which he called al-Sirat al-Mustaqim, “the Straight Path”, thereby signaling his wish to be recognized as a marji` taqlid , an authority for religious emulation.

Martyr al-Sadr was born into the Sadr family. This family is Kadhimi by descent, that is, its lineage is traced back to Imam Mousa al-Kadhim (128 – 183 A.H./745 – 799 A.D.), one of the offspring of the Prophet of Islam through his daughter, Fatima, and cousin Ali. He was born, as noted above, in the holy city of al-Kadhimiyya where Imams Muhammad al-Jawad (also titled al-Taqi), who was born in Medina, Hijaz, on Rajab 10, 195 A.H. and was martyred in Baghdad on Thul-Qi`da 29, 220 A.H., corresponding to April 8, 811 – November 24, 835 A.D., and Imam Mousa al-Kadhim, peace with them both, are buried in a magnificent Shrine. At the age of 10, he went to the holy city of Najaf to study language, logic and theology. Martyr al-Sadr suffered the pain of being an orphan, having lost his father at the age of two. In those times, it is uncertain if his father was also martyred. 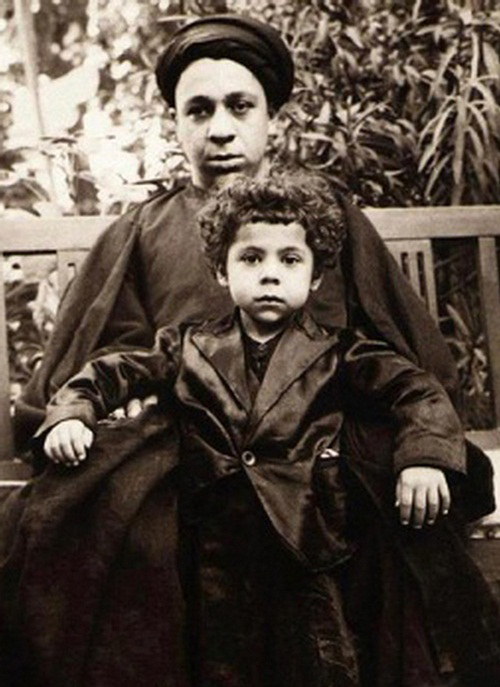 We do not have much information about how he passed away, but regardless, his death in 1937 left Martyr al-Sadr an orphan under the care of some great scholars of the time from his well known Sadr family. Haider al-Sadr was the name of the father of Martyr al-Sadr. He was considered among the most pious people. Martyr al-Sadr studied under various teachers in Najaf. Among his teachers were Grand Ayatollah Sayyed Abul Qasim al-Khoei and Grand Ayatollah Muhsin al-Hakim. At the age of 25, he himself started teaching at the level of Ijtihad, truly a great achievement if only you know how high this religious degree is and what is required to earn it! Not only was he a mujtahid, he was teaching other scholars to become mujtahids as well and at such a young age. Basically, at the age that most students become capable of attending dars al-kharij, Martyr al-Sadr was teaching it! He wrote Our Philosophy, which we will talk about a little later, at the age of 24 as did Imam Khomeini who wrote his book Forty Ahadith at the age of 24!

Martyr al-Sadr was also, in some sense, lucky to have some great students. In a very short period of time, he raised some great scholars under his tutelage. He raised scholars who became world renowned for their intellectual and political achievements. Martyr Sayyed Muhammad-Baqir al-Hakim was among Martyr al-Sadr’s students. Sayyed Kadhim Haeiri, who is considered among the top scholars of Iraq, was also among his students. Another of his students was Sayyed Kamal al-Haideri, who is now considered to be among the great teachers of the hawza . Sayyed Kamal al-Haideri once said that a panel of university teachers came to Grand Ayatollah al-Khoei and told him that the education system at the hawza was not strong. Ayatollah al-Khoei asked them if their university has a better, more effective system. They said that, “We graduated PhDs from our university.” Sayyed al-Khoei asked how many they were. They said that even if it had been a single Ph.D. graduate, it would have been enough for their university. In response, Sayyed al-Khoei said, “I will introduce you to one of my students. You may invite all   your Ph.D. graduates to ask him about any field that they feel they have expertise in.” Without any hesitation, Sayyed al-Khoei summoned young al-Sadr to his presence. Sayyed al-Khoei challenged them to a debate, claiming that they would not find anyone more knowledgeable in any field than al-Sadr. “Aask him about mathematics, geography, philosophy, history…, any field in which you possess expertise,” al-Khoei said. He added, “If you think you have mastery over social sciences, such as economics, politics, psychology, or any other field, bring them on the table. You will realize the true command and mastery which al-Sadr has over all these fields!”

If we want to talk about Ayatollah Sayyed Muhammad-Baqir al-Sadr’s personality, we could very easily say that he was, without any doubt, a genius by all standards. He was ahead of his time! If in the worldly sense we call Einstein a genius, or before him it is said that Leonardo Da Vinci was a genius, we could likewise and very easily say with the complete consensus of religious scholars that Martyr al-Sadr was a man who was way ahead of his time. 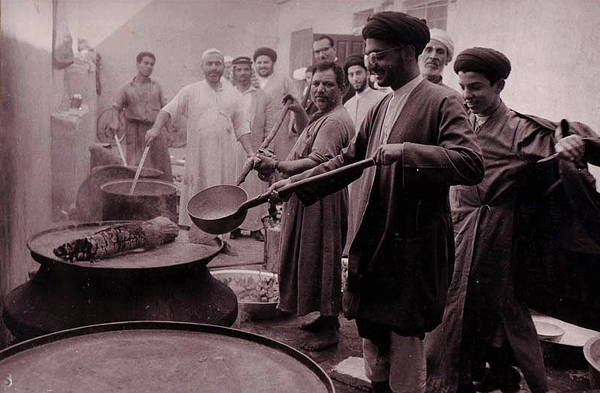 Martyr al-Sadr lived for only 45 years, which according to the average life span of our scholars (ulama) is a very short period of time. In 45 years, anyone studying Islam is still considered “young”. But in these 45 short years, Martyr al-Sadr revolutionized the academic and political aspects of his society in a way that very few could do. Very rarely do personalities such as Martyr al-Sadr’s appear in history. Rarely does anyone have such an impact in such a short period of time, at such a young age, and at a time that was one of the worst in the history of Islam in general and of Iraq in particular.

Saddam led one of the most brutal and tyrannical reigns in the history of the world. It was in this time that Martyr al-Sadr raised his voice to protest the crimes which this “Butcher of