To further examine all the doubts expressed by Sunni scholars, the book makes several arguments on the issue of imamate of Imam ‘Ali based on the holy Quran and Sunni accepted sources of hadiths in this regard. More importantly, the reliability of its sources, references along with its inspiring style of writing are the reasons it has received wide acceptance.

A series of letters debating Shi’i and Sunni beliefs between the late Shi’i scholar Sharaf al-Din, and the late Sunni scholar and head of Al-Azhar university of that time, Al-Shaykh Salim al-Bishri al-Maliki.
The written form of the debates in book, has the advantage that the two parties had the opportunity to provide the best possible replies they could give. The book is written without any disrespect and under mutual fairness. This is one of the most important books that provides a well-argued account of Shiite beliefs, drawing upon reliable sources with a persuasive tone. The book is also called “al-Munazarat al-Azhariyya wa al-mubahathat al-Misriyya”(Debates in al-Azhar and discussions in Egypt). 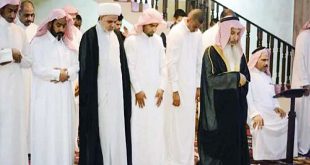 In the Hadiths narrated from Shiite Imams, Shiite people have been strongly advised to say ...