Home / All / Why Do Shia Pray at Three Times while Quran Says Pray at Five Times? The reason the Shia perform their prayers in three times is the Quranic verses and traditions on the matter. Although the Quran has mentioned that prayer is wajib several times and hasn’t gone into the details, it has spoken of its times: “Maintain the prayer from the sun’s decline till the darkness of the night, and [observe particularly] the dawn recital. Indeed the dawn recital is attended [by the angels of day and night]”

As for the hadiths, there are hadiths that disclose that the prophet (pbuh) would [sometimes] pray the dhuhr and asr prayers together in one time, as was the case with the maghrib and isha prayers. He was asked about this matter, and he replied: “I did so in order that my nation may be free from hardship.”

Imam Sadiq (as) says: “When the sun reaches the highest point in the sky and begins its decline (zawal/midday), it is the time for the dhuhr and asr prayers, the only thing is that the dhuhr prayer must be performed before asr. From then on, you have time to pray the prayers until sunset. There are also similar hadiths in Sunni sources that confirm this issue.

It is important to first become familiar with the times of prayer in order to see why we the Shia pray in three times of the day:

The times of the five daily prayers:

When it comes to the times of prayer, what matters is the rising and setting of the sun according to the following:

As for the dhuhr and asr, and maghrib and isha prayers, each have an exclusive and a shared time:

The exclusive time for the asr prayer is the time needed for four rak’ats left till sunset.

The exclusive time for the isha prayer is the time needed to pray four rak’ats before midnight [in Islamic terms, midnight differs from 12 o’clock midnight and there is a specific way for calculating when it is; sometimes it may fall before 12 midnight and sometimes after]. In this period, only the isha prayer must be performed.

Meanwhile, the Sunni school of thought maintains that from dhuhr time (the decline of the sun at midday) till the time when the shadow of things reaches their respective lengths, is the exclusive time for the dhuhr prayer and the asr prayer cannot be performed in that time span. The time for the asr prayer extends from then on, until the time for the maghrib prayer and the dhuhr prayer cannot be performed therein. Maghrib prayer can only be performed from sunset till the time when the redness in the west of the sky disappears, and from then on belongs to the isha prayer, until midnight [the same explanation given above about midnight in Islamic terms applying here as well].

Conclusion: According to the Shia school of thought, when dhuhr time arrives, one can perform dhuhr prayer and immediately follow it with the asr prayer, or can delay the dhuhr prayer until close to the exclusive time for asr and pray both then. All of this being said though, it is mustahabb to pray the dhuhr prayer at midday when the sun begins its decline, and to pray the asr prayer when the shadow of things reaches their respective lengths. The same goes for the maghrib and isha prayers; one can pray the maghrib prayer right at maghrib time and follow it with isha, or can delay both till close to the exclusive time of isha and pray them both then, although it is mustahabb to pray maghrib at maghrib time and isha when the redness of the west of the sky disappears. This was the Shia view on the subject, on the other hand though, our Sunni brothers can never pray two prayers together at all times and in every place. Therefore, the point of collision between the two schools of thought is praying two prayers together no matter where and when.

Our similarities and differences in praying two prayers together:

Out of these four issues, three are agreed upon by Shias and Sunnis (except for Abu Hanifah who opposed everyone in two of them) and it is only the fourth one that is a matter of disagreement.

As for whether or not what the Shia practice is Islamically justified or not, Quranic verses and noble traditions can answer this question:

The reason the Shia perform their prayers at three times is the Quranic verses and traditions on the matter. Although the Quran has mentioned that prayer is wajib several times[1] and hasn’t gone into the details, it has spoken of its times: “Maintain the prayer from the sun’s decline till the darkness of the night, and [observe particularly] the dawn recital. Indeed the dawn recital is attended [by the angels of day and night]”.[2] Therefore, the Quran has listed three times for the prayer, not five.[3]

1-There is a hadith that discloses that the prophet (pbuh) prayed dhuhr and asr together, as he did with maghrib and isha. He was asked about this and he answered: “I did so in order for my nation not to be under the burden of hardship.”[4]

2- It has also been narrated that the prophet prayed dhuhr and asr, and maghrib and isha together, while not being fearful of anything (compelling him to do so) or travelling.[5]

3- Imam Sadiq (as): “When the sun reaches its highest and begins to decline (zawal), it is time for dhuhr and asr, the only thing is that dhuhr must be performed before asr. You are then free to perform them any time you like until sunset.[6]

4- Imam Baqir (as): “When the sun passes the middle of the sky it is time to perform dhuhr and asr, and when the sun sets, the time for performing maghrib and isha has arrived.[7]

5- Muslim narrates that the prophet performed dhuhr and asr, and maghrib and isha together in his journey in the battle of Tabuk. Sa’id ibn Jubair says: “I asked Ibn Abbas for the reason, he replied: “The prophet (pbuh) didn’t want his nation to be under the burden of hardship.”[8]

There are of course many other hadiths from the prophet (pbuh) and Sunni scholars on the permissibility of performing prayers together even when not travelling or when there is no danger.[9]

To wrap it up, we must say that clearly it is better to pray each prayer separately and at five times, nevertheless, in contrast with the Sunni viewpoint, such a thing isn’t wajib. The reason behind why there is a difference of opinion between and the Sunni and Shia schools of thought regarding this issue goes back to where each go to get their Islamic teachings and rulings; the Shia refer to the Ahlul-Bayt, who have said that the time for dhuhr and asr extends from dhuhr time till sunset. Also, the generality of the verse: “اقم الصلاة لدلوک الشمس الی غسق اللیل ” is another reason for their claim. Of course, it shouldn’t be left unsaid that each prayer has a time in which performing it then is recommended and mustahabb, bearing great rewards. The mustahabb time for dhuhr is from the beginning of dhuhr till when the shadow of the indicator (which can be any straight pole-like object that has been stuck perpendicularly into the ground) reaches 2/7th of the indicator’s length. The mustahabb time for the asr prayer is when the length of the indicator is added to the shadow that was there at dhuhr time. Of course, if one prays the dhuhr prayer’s nawafil and then the dhuhr prayer itself at dhuhr time, it is mustahabb to pray the asr prayer and its nawafil ‌ afterwards without delay. According to the traditions of the prophet (pbuh) and imam (as), it is mustahabb to pray the daily prayers at five times, although performing them together (dhuhr and asr together and maghrib and isha together) is also permissible. The Shia and Sunnis differ here; the Shia say it is permissible although separating them is mustahabb. 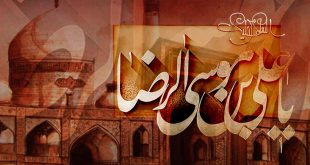 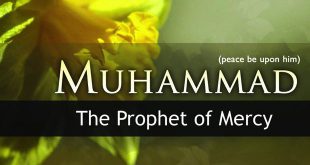 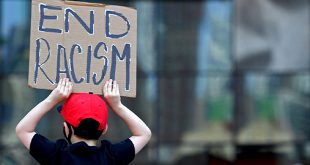 Islamic Perspectives on Race and Diversity

This article highlights Islam’s approach to race and diversity, which the Quran and prophetic teachings emphasize as a critical element of human advancement...