Why Americans Go (and Don’t Go) to Religious Services

In recent years, the percentage of U.S. adults who say they regularly attend religious services has been declining, while the share of Americans who attend only a few times a year, seldom or never has been growing.

A new Pew Research Center survey finds that the main reason people regularly go to church, synagogue, mosque or another house of worship is an obvious one: to feel closer to God. But the things that keep people away from religious services are more complicated.

Among those who attend no more than a few times a year, about three-in-ten say they do not go to religious services for a simple reason: They are not believers. But a much larger share stay away not because of a lack of faith, but for other reasons. This includes many people who say one very important reason they don’t regularly attend church is that they practice their faith in other ways. Others cite things they dislike about particular congregations or religious services (for example, they haven’t found a church or house of worship they like, or they don’t like the sermons). Still others name logistical reasons, like being in poor health or not having the time to go, as very important reasons for not regularly attending religious services.

By their own description, those who cite reasons other than a lack of belief for avoiding church are a fairly religious group. About seven-in-ten identify with a religion (including six-in-ten who are Christian), and most say religion is either “very” or “somewhat” important in their lives. To be sure, they are not as religious as Americans who report going regularly to religious services. But by several standard measures, they are much more religious than those who say, “I am not a believer.”

Demographically, more than half of those who do not attend church or another house of worship for reasons other than nonbelief are women, and they tend to be older, less highly educated and less Democratic compared with those who do not go because of a lack of faith. Meanwhile, those who refrain from attending religious services because they are nonbelievers are more highly educated and largely male, young and Democratic.

The new survey, conducted online Dec. 4 to 18, 2017, among a nationally representative sample of 4,729 adults on Pew Research Center’s American Trends Panel, asked respondents who attend religious services a few times a year or less often (including those who never attend) whether each of eight reasons is “very important, somewhat important, or not important” for why they do not go to religious services more often.

About three-in-ten non-attenders say they are not believers, while 22% cite logistical reasons for not going to religious services, such as not having the time or being in poor health. And fully a quarter of those who infrequently attend religious services say none of these factors is a very important reason why.

The survey also asked U.S. adults who say they attend religious services at least once or twice per month about 10 possible reasons they may do so. In response, eight-in-ten regular attenders say becoming “closer to God” is a very important reason they go to religious services.

Additionally, roughly two-thirds say they attend religious services to give their children a moral foundation, to become better people, and for comfort in times of trouble or sorrow. Smaller majorities say that valuable sermons and being part of “a community of faith” are very important reasons for their regular religious attendance.

Far fewer cite their family’s religious traditions (37%) or a feeling of religious obligation (31%) as reasons for their steady religious attendance, while even fewer say socializing and meeting new people (19%) or pleasing their spouse or family (16%) are key reasons they attend church regularly.

Other findings from the new survey include:

Among self-identified Christians, the predominant reason that non-churchgoers offer for not attending worship services is that they practice their faith in other ways. Upwards of four-in-ten (44%) say this is a very important reason for not going to church more often. The next most common reason Christians give for not attending services is that they haven’t found a church or house of worship they like (28%).

Among both of these groups of non-attenders (self-identified Christians and religious “nones”), fewer cite not feeling welcome, not having time, being in poor health and not having a nearby house of worship for their religion or denomination as very important reasons for not going to services.

Women, adults ages 50 and older and those who identify as Republicans or lean toward the Republican Party are more likely than other groups of infrequent churchgoers to say they don’t attend religious services because they practice their faith in other ways. Meanwhile, men, younger adults, college graduates and Democrats are more likely to cite a lack of belief as a very important reason they do not go to religious services.

The survey does not find much variation by race on these questions, although black respondents who do not attend church regularly are more likely than whites to say they do not go to church because they don’t feel welcome and because there is no church for their religion nearby. 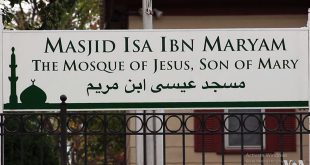 Video: Although Others Willing to Pay the Triple Price for Bar the Church Sold for Mosque 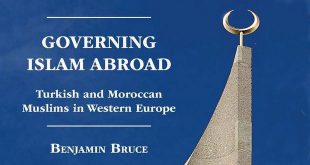