Home / All / The Book “Iraq and Sistani” Was Published 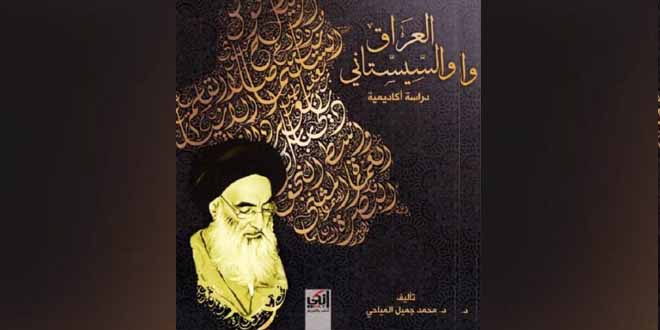 The Book “Iraq and Sistani” Was Published

Recently, the book “Iraq and Sistani” written by Muhammad Jamil al-Miyahi was published by Anki publication with the goal of studying the role of Ayatollah Sistani in establishing political system of Iraq after 2003.

According to Ijtihad network, recently, a book with the title of “Iraq and Sistani” written by Muhammad Jamil al-Miyahi was published by Anki publication. It is an academic study which comprehensively studies the role of Ayatollah Sistani in Iraq especially after 2003, when the new government in Iraq was established and Iraq faced challenges regarding infrastructures, administration and the triangle of power and all Iraqis became worried about their country. Then, Iraq was entangled in war, famine and political and social crises for years.

In the introduction of the book, the author says, “the significance of this book is because of the country like Iraq and the central personality of Ayatollah Sayyid Ali Sistani who is one of the most eminent personalities influential in establishment of the political system of Iraq after 2003; because, the process of rebuilding and establishing new government of Iraq was not a plain and easy issue; especially with regards to the changes in Iraq influenced by domestic and foreign interferences and some insecurities and social challenges which caused problems for establishment of the new political system. Also, American forces’ occupation of Iraq made the situation more complicated and Ayatollah Sistani began playing his role, managed the affairs and provided the grounds for establishment of the new political system for answering people’s demands based on his jurisprudential vision.”

It is to note that the book, language is Arabic, was the author’s PhD thesis in political thought at the department of political sciences of Baghdad University in 2018.

The Grand Ayatollah Sistani, in a statement while answering questions about the Coronavirus, also made important recommendations for...