A mourning event was held at the shrine of Sayyidah Zeinab (AS) in Syria’s capital of Damascus on Friday to pay tribute to founder of the Islamic Republic, Imam Khomeini (RA), on the 27th anniversary of his demise.

Mourners gathered at the shrine of Sayyidah Zeinab (SA), daughter of the Shiites’ first Imam Ali ibn Abi Talib (AS) and granddaughter of Prophet Muhammad (PBUH), to pay homage to Imam Khomeini. 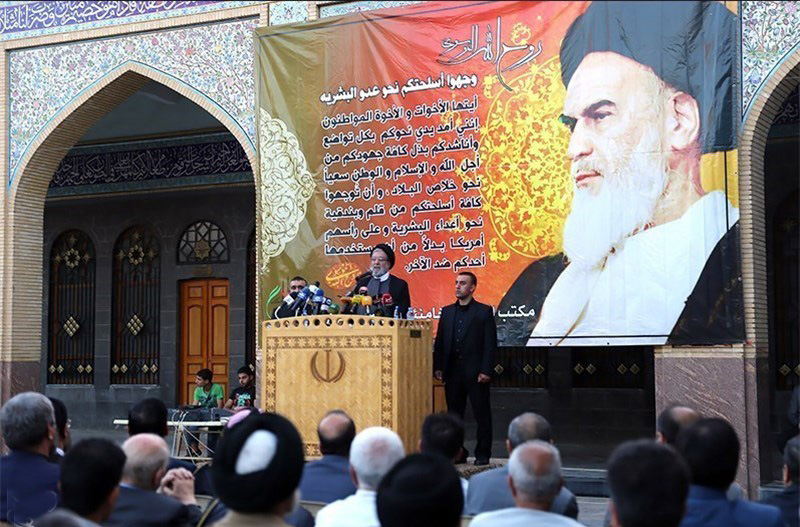 In an address to the participants, Hezbollah political bureau chief, Ibrahim Amin al-Sayyid, lauded Imam Khomeini for leaving the legacy of Islamic Resistance, as in Lebanon and Palestine in the fight against the Zionist regime of Israel.

Iran’s Ambassador to Damascus Mohammad Reza Sheibani and Abolfazl Tabatabai, the representative of the Leader of the Islamic Revolution Ayatollah Seyed Ali Khamenei in Syria, were also present in the gathering. Grand Ayatollah Seyyed Rouhollah Mousavi Khomeini, better known as Imam Khomeini, was born to a family of religious scholars in 1902 in the central Iranian city of Khomein. 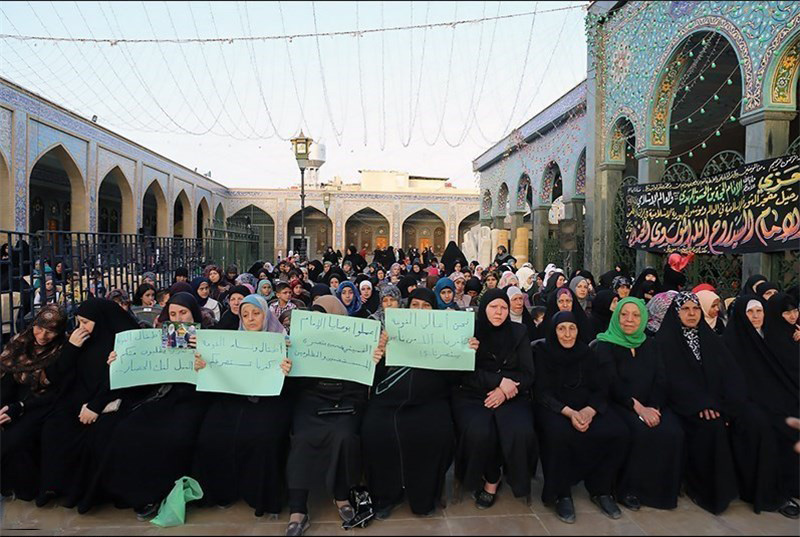 Imam Khomeini contributed many years of his life to resistance against the US-backed Pahlavi dynasty, and eventually paved the way for its downfall in the 1979 Islamic Revolution.

In the pre-Revolution era, Imam Khomeini spent more than 15 years in exile for his stiff opposition to the last monarch, Mohammad Reza Pahlavi, mostly for his association with Western imperialists.

While in exile, the politico-religious leader, who enjoyed immense public support in the country, continued to guide the uprising against the Pahlavi regime.

He was not allowed to return to homeland during Pahlavi’s reign, and only came back home on February 1, 1979 after the monarch finally gave into angry popular demonstrations and fled the country, never to return.

The Pahlavi dynasty fully collapsed 10 days later on February 11. Iranians then voted in a national referendum in April that year for the country to become Islamic Republic, an establishment architected by Imam Khomeini.

Through his perseverance, resistance, lack of submission, and delivery of fiery sermons in Kufah and Damascus, Imam al-Sajjad (ʿa) was able to turn the public opinion against Yazīd and turn a formerly safe environment in to an unsafe one for the...