The Islamic approach concerning marriage and morals differs from what is known about some of the traditional moralizations of a negative kind.

Is there any conflict between traditional, conservative sexual mores and contemporary ideas of sexual freedom? Mutahhari responds to this question in an engaging dialogue where he takes on Bertrand Russell in his Marriage and Morals. From the vantage point of a consummate Islamic scholar, Mutahhari points out how the ‘sexual revolution’ in the West was a reaction to the Christian denial of man’s natural desires, and explores whether, from a religious perpsective, sexuality must be viewed as inherently evil. He then examines whether sexual values are inborn or learned, and whether social change should necessarily lead to changes in sexual values. He elaborates on the social, spiritual, and pscyhological consequences of unrestrained sexual freedom and explores the relationship between love and sexuality. This is essential reading for anyone who wants to know the Islamic perspective on sexuality.

Mortada Mutahhari was a leading theoretician of the 1979 Islamic Revolution in Iran. As an accomplished scholar of Islamic sciences, he played a pivotal role in forming the modern Islamic discourse which served as the foundation of the revolution. With close to ninety works to his credit, he is considered as one of the leading thinkers of the global Islamic movement in the twentieth century.

Title: Sexual Ethics in Islam and in the Western World

Sexual Ethics in Islam and in the Western World 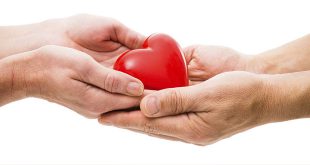 Organ Donation and Islam: An Interview with Sheikh Jawid Akbari

Speaking from a general perspective, organ donation is allowed in Islam even though there are some controversies about it...