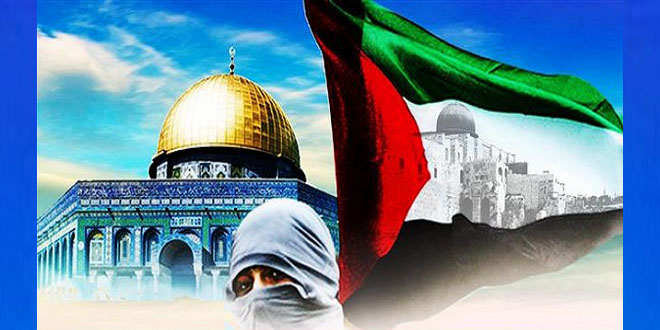 The annual Quds Day commemoration for 2019, which is held on the last Friday of Ramadan in many parts of the world, will be distinguished from previous years as new challenges confronting Palestinians come to the fore.

The overwhelming squeeze applied by the apartheid regime of Israel on Palestinian lives has increased without any consideration of international conventions which are widely violated around the clock by Netanyahu’s racist rightwing hawks.

This was to be expected given the fact that since Donald Trump’s presidency of the United States, he has backed Israel unreservedly. Whether its the question of Occupied Jerusalem, the West Bank or the Golan Heights, Trump has gone to the extreme by gifting these territories to Israel.

That the Occupied Palestinian Territories (OPT) are subject to various United Nations Security Council resolutions, which explicitly prohibit Israel from taking ownership whether by annexation or by the expansion of illegal settlements, is apparently of no consequence for Trump.

His rogue leadership, spurred on by neoconservative elements in his administration, has adopted the attitude of the ruling by decree. This, of course, has been to the advantage of Netanyahu, who has wasted no time in grabbing Trump’s gifts to consolidate Zionism’s political power as a colonial settler entity.

No US president has gone as far as Trump has to defy UNSC resolutions. And no leader of the Zionist project has ever before been as advantaged as Netanyahu has to maximize Trump’s unilateralism.

Quds Day 2019, has to contend too with the open collaboration by Arab despots with Israel. Whereas such conduct was concealed from prying eyes in the past, it is not hidden any longer. Reports of extensive trade, security, intelligence and diplomatic relations between Israel and the Arab world have become routine.

Two of the leading architects of this project of betrayal are Mohamed bin Salman of Saudi Arabia and Mohamed bin Zayed of the UAE. Though shocking but not surprising that these despots have arbitrarily chosen to mortgage the Arabian peninsula to the Zionist regime. A choice informed by their dependency of security on America.

As a result, neither Palestinian human rights nor their just freedom struggle has any validity as far as MbS and MbZ are concerned. All that matters is that they are able to hold onto their flimsy thrones.

Quds Day thus has to take note of weak Arab leaders in Palestine’s neighborhood who paradoxically occupy powerful positions in their respective client-states. A weakness characterized by dependence on America’s goodwill and strength defined by petrodollars generated by oil reserves.

Trump’s so-called “peace plan” which in recent weeks has begun to develop lackluster performance, is another crucial factor foreshadowing Quds Day 2019. Though the earlier enthusiasm for it has waned, it seems that desperation has set in to seal Palestine’s fate once and for all.

Here we yet again see the opportunistic hand of Netanyahu, who at the helm of Zionism’s expansionist ideology, desperately seeking to manipulate Trump’s neocon racist cabal to his advantage. Uncertain whether Trump’s misdemeanors will lead to his impeachment and indeed whether he will succeed a second term, Netanyahu knows that time is running out to extract the maximum from the White House.

This thus explains why Israel has been at the forefront of fabricating reports and intelligence on Iran’s military and nuclear threat to American interests. Between Israel’s Hasbara (propaganda) teams and America’s war-hawks Bolton and Pompeo, Netanyahu has been credited to be responsible for placing the US on a war footing with Iran.

As tensions increase by the minute, Quds Day will be marked by the belligerence of America’s securocrats egged on by Israel to crush its only credible and principled opponent, Iran.

The remarkable impact Palestinian Resistance has and is having on Israel’s military remains an outstanding and extraordinary achievement. That succumbing to Israel’s terror is not an option, is on display weekly during the “Great March of Return”.

And that the Resistance is able to respond with skill, bravery and unimaginable creativity to the destructive might of a nuclear power in occupation of entire Palestine, is proof enough that freedom and justice will dawn sooner rather than later.

Quds Day 2019 will thus record a historic commemoration in the midst of tough challenges.