In this article, initially, the writer presents a brief overview of the classical exposition of Islamic law, the various factors that shaped the formulation of the law, and then explores some of the possible venues in which reformation can take place in contemporary times.

It is indeed an honor and a privilege to participate in the conference of and submit a chapter to honor one of the greatest scholars of modern times, Ayatullah Murtada Mutahhari. Since the events of September 11, 2001, there has been much debate in Muslim circles regarding the question of reformation in the Muslim world. More specifically, questions that have been posed include: how can a religion, which is believed to be immutable and constant, regulate and serve the needs of a changing community? How can a legal system that was formulated in the eighth and ninth centuries respond to the needs of twenty-first century Muslims? Is there a need for reformation in Islam? If so, where should it begin and in which direction should it proceed? These are some of the most challenging questions facing contemporary scholars of Islam.

Some scholars have suggested that reformation should be interwoven with the reexamination of the pivotal roles of sunna and hadith. Others have suggested that there is a need to revisit Islamic law as it was formulated in the classical period of Islam and to reexamine the traditional exegetical literature. This suggests that reformation in Islam should be based not only on changing institutions, but also on a re-evaluation of traditional sources and hermeneutics. The recently published book titled ‘Progressive Muslims’ is a clear attempt at seeking alternative interpretations of Islam and at refuting the views of those who present a static and monolithic Islam. In order to examine the question of reformation in Islam, it is essential, at the outset, to discuss the development and evolution of Islamic law in the classical period of Islam, i.e., the seventh to the tenth centuries. Thus, initially, I shall present a brief overview of the classical exposition of Islamic law, the various factors that shaped the formulation of the law, and then explore some of the possible venues in which reformation can take place in contemporary times. 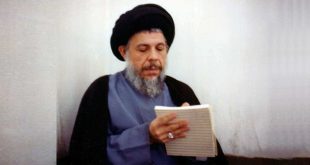 The Meaning of History: An Islamic Perspective

The late Muhammad Baqir al-Sadr from Iraq made a serious effort in giving his vision on the development of the history...