Home / All / Fiqh & Socitey / Personal Value and Women in Islam 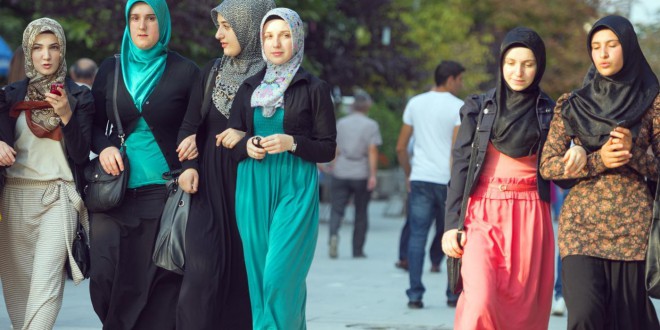 Can a price tag be placed on human life? Are certain people more valuable than others? Does every person possess an undeniable value, and therefore dignity, irrespective of gender, background, race, ethnicity, or religion?

Can a price tag be placed on human life? Are certain people more valuable than others? Does every person possess an undeniable value, and therefore dignity, irrespective of gender, background, race, ethnicity, or religion? These are questions that are being asked more frequently today even though we live in an era that is seemingly civilized, egalitarian, and progressive. Estimations for the value of a human life are often made based on their economic benefit to society. In such a paradigm, each person represents a given amount of wealth that society gains by their presence or some form of productivity that improves the social order.[1] Thus, in some sense, and certainly from a materialistic perspective, human capital becomes the determinant of our potential to advance, and by the same token indicates how likely we are to stall or regress.

Yet, as we are witnessing today, there is a growing movement of people demanding that we reassess the state of our society, particularly with respect to gender inequality, and as a result there has been a very recent and historic shift in who we have chosen to represent us in civil leadership positions. These sentiments are being voiced due to decades of underlying devaluation of women and an erroneous perception of the most significant contributors to the betterment of our daily lives. In addition, many view the traits of women (e.g., nurturing, cooperative, communal) as being unsuitable for leadership or positions of strength and guidance of others.[2] Indeed, many of these issues are systemic and as mentioned previously emanate from the capitalistic tendencies so deeply embedded in our society. Moreover, this standard has led to a hierarchical appraisal of an individual’s worth in society and grossly ignores the tangible and long-lasting positive influence that many people have, both personally and professionally, not only in their communities but also beyond. Clearly, we must reexamine whether we truly recognize the contributions of people in society, especially women, and at the same time scrutinize what we have chosen as our standard for valuing a human being.

The Value of a Woman is Determined Solely by God, Not Man!

Islam came to eradicate all forms of prejudice, sexism, classism, and any other system of human appraisal that ignored or suppressed the inherent value that God has placed on every human being. Indeed, Prophet Muhammad (p.b.u.h) disseminated his divine message in a world where women were not only second-class citizens (perhaps not even citizens) and often treated like chattel, but also considered a liability and social burden. Thus, in many instances women were relegated to the outskirts of social administration and involvement because it was perceived that the value of their contributions was somehow less significant. God rejects this heinous and false bias in numerous verses of the Holy Quran saying, “I do not neglect anyone’s labor whether the laborer be male or female. You are all related to one another.”[3] and “All righteously believing, male or female will be granted a blessed, happy life and will receive their due reward and more.”[4] As the living and breathing embodiment of the Holy Quran, Prophet Muhammad (pbuh&hp) asserted these injunctions in numerous ways, but none more significantly than through his marriage and relationship with Lady Khadijah (p), who was his first and sole wife while she was alive, and who was not only an influential figure in Meccan society, but also one of its wealthiest merchants. Having taken the reins of her father’s business, who chose her for her wisdom, strength, and prudence over her brothers, she controlled numerous assets and conducted transactions across multiple markets in distant lands. Certainly, this shows the standard to which we should hold ourselves, and yet, even though she was respected by the Meccans and the people of Quraysh as a chief executive officer or CEO of sorts, her value in the eyes of God, and indeed her husband, go beyond her material wealth. Prophet Muhammad (pbuh&hp) said about her, “she believed in me (i.e., attested to my truth) when everyone denied me.”[5] Thus, Lady Khadijah (p) represented a position of absolute trust, fidelity, and erudition, and she started the legacy of strong and unwavering resistance against any attempt to subvert Islam.

How Do We Gauge the Contributions of a Person?

It is already clear that a person’s value cannot be judged based on economic potential or asset worth. If this were the case, then most of us would be relegated to insignificance. On the other hand, in many instances the value of a person, particularly women, is determined by a relationship to another person. This is often the case for women who are only seen as valuable because they are someone’s wife or mother.  Yet in Islam, a woman is the master of her own worth and dignity, and no one supersedes her in determining this, and for this reason God reminds us saying, “People, We have created you all male and female and have made you nations and tribes so that you would recognize each other. The most honorable among you in the sight of God is the most pious of you.”[6] Furthermore, God emphasizes that a woman’s spiritual value and piety are not tethered to a man’s; she stands side-by-side with him and distinguished in that “God has promised forgiveness and great rewards to the Muslim men and the Muslim women, the believing men and the believing women, the obedient men and the obedient women, the truthful men and the truthful women, the forbearing men and the forbearing women, the humble men and the humble women, the alms-giving men and the alms-giving women, the fasting men and the fasting women, the chaste men and the chaste women, and the men and women who remember God very often.”[7]

The pious are also those people, men and women, who by the strength of their convictions and perseverance for good make the world better and are a source of blessings for others. From this perspective, women are just as capable and effective in causing positive change as men, and although perceptions falsely paint Islam as oppressive and somewhat dismissive of women, the reality is that sexism and gender-devaluation have always occurred due to ignorance, insecurity, backward cultural norms and practices, and the quest for domination over others. Thus, if we truly examine the philosophy of Islam, we will discern that women have equal value in the eyes of God as men and contribute equally to the well-being of society. God says, “The believers, both male and female, are each other’s protectors. They try to make others do good, prevent them from committing sins, perform their prayers, pay the religious tax, and obey God and His Messenger. God will have mercy on them; God is Majestic and All-wise.”[8]

The Immense Positive influence of Women on Society

The impact of one person on another occurs either individually or as a result of mass change in society. Individually, this can often be observed through education, which is an indisputable positive factor in the betterment and advancement of society.[9] Just a simple examination of the data shows that women constitute the majority of teachers (over 70 per cent) at all levels of elementary and secondary education, and occur in comparable numbers to men in post-secondary education.[10] Yet today, these teachers are having to speak up for their rights and recognition for the in