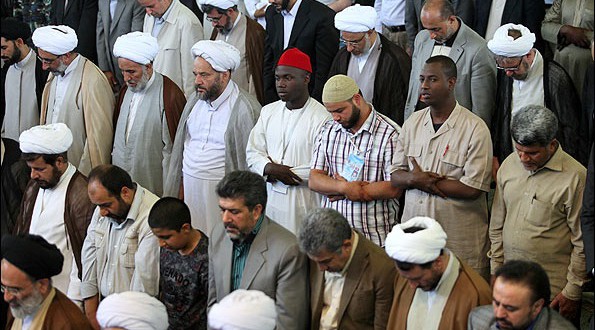 “There are a few television channels which are, without a doubt, being supported and guided by the enemies to constantly insult the sanctities of other Muslim schools of thought,” Ayatollah Makarem said.

Extending his congratulations on the occasion of the beginning of Imam Muhammad al-Mahdi’s Leadership (Imamate) to all Shi’as in the beginning of his advanced jurisprudent course in the Qom’s Grand Mosque, Grand Ayatollah Naser Makarem Shirazi said: “In these auspicious times, everyone must refrain from taking actions that would endanger the unity of Muslims.”

He also stated: “There are some people who think that adhering to the guardianship of the infallible Imams means that they should insult the sanctities of other sects. Such people are, indeed, mistaken.”

He said: “There are a few television channels which are, without a doubt, being supported and guided by the enemies to constantly insult the sanctities of other Muslim schools of thought.”

His Eminence stated: “Of course I will write a letter to the head of al-Azhar University and I will emphasize the fact that such actions are motivated by the enemies of Islam. I will also stress the fact that they should judge Shi’a Muslims based on the assertions of their religious authorities and not based on the propaganda of some suspicious television channels which might be controlled by the enemies.” 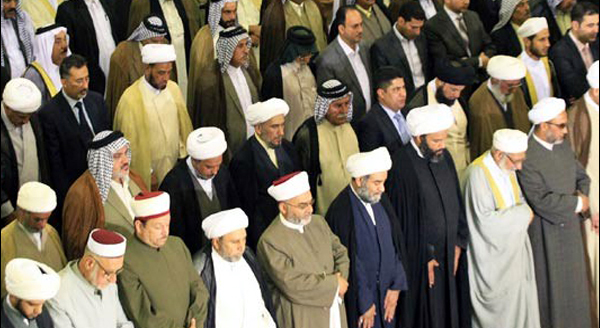 He also said: “Such vilifications have caused a moderate person, who is in favor of the unity of Muslims, to get angry and give a fierce speech against Shi’a Muslims. It comes as no surprise, then, if such vilifications give rise to sectarian or religious conflicts between Shi’a and Sunni Muslims which, indeed, entail very adverse consequences. However, such actions which pave the way for sectarian conflicts and might lead to considerable loss of life and destruction can be justified neither by reason nor by Islamic laws.”

Stating that there is no issue with celebrating and being happy, Ayatollah Makarem Shirazi noted: “Everyone must avoid taking actions that might cause schism or conflicts among Muslims.”

His Eminence added: “I hope that we can strengthen our connections with Imam al-Mahdi. I also hope that not a day goes by that we pray to God to hasten the glad advent of Imam al-Mahdi, for the problems of this world cannot be fully resolved unless with his advent.”

Referring to the demonstration held in Feyziye School by the scholars, students and teachers of the Islamic Seminary in condemnation of the massacre of Shi’a Muslims in Nigeria, His Eminence stated: “The recent massacre of Shi’a Muslims by the Nigerian army was almost unprecedented. It is truly shameless for the army of a country to attack a gathering of its citizens, who were totally unarmed, and slaughter them all!”

Referring to some news which indicates that these attacks had been provoked by the Saudis and the Zionists, Ayatollah Makarem Shirazi stated: “we must make the world hear the voice of the innocent and oppressed Shi’a Muslims of Nigeria so as to prove that they are not alone.”

“Following thorough investigation in valid sources we found that Hazrat Khadija was 26 or 28 years old when she married Prophet Muhammad while the Umayyad introduced her as 40 year-old widow and propagated among Muslims which was...