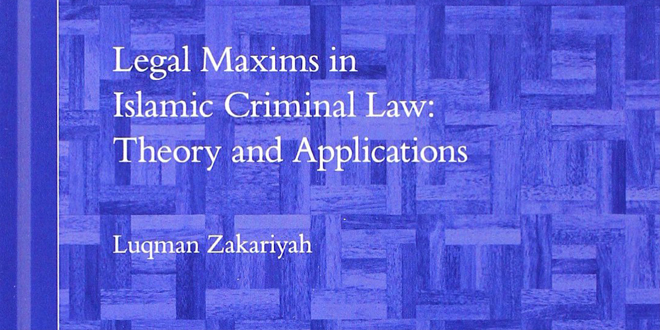 The concept of Islamic Law has not been precisely defined, as some authors use the terms to reference the Shari’a while use it to refer to fiqh (jurisprudence).

Scholars have explored various approaches in classical and modern literature to explain the concept of Shari’a and its principles. A number of approaches meant to juxtapose the Shari’a and its values with other concepts tend to suggest a class between civilizations while advocating the superiority of one legal system over another, thus resonating with a sense of egoism and incompatibility. Other approaches portray the Shari’a as a restricted corpus of rules-of do’s and don’ts- that result in severe punishments and barbaric discipline when violated. However, such descriptions subjugate the Shari’a to “obscurantist confinement, medieval stubbornness, and fanaticism”. While there is no doubt what it indeed embodies rules and regulations, such aspects, however, only from the strictly legalistic notion of the Shari’a but do not exhaust its holistic and comprehensive nature, as will be discussed below.

Using contemporary illustrations, Legal Maxims in Islamic Criminal Law delves into the theoretical and practical studies of al-Qawaid al-Fiqhiyyah in Islamic legal theory. It elucidates the importance of this concept in the application of Islamic law and demonstrates how the concept relates to the objectives of Islamic law (maqāṣid al-Sharī‘ah), generally. Included in this examination are the following maxims: al-Umūr bi-Maqāṣidihā (“Matters shall be Judged by their Objectives”); al-Yaqīn lā Yazūl bi-sh-Shakk (“Certainty Cannot be Overruled by Doubt”); al-Mashaqqa Tajlib at-Taysīr (“Hardship begets Facility”); Lā Ḍarar wa-lā Ḍirār (“No Injury or Harm shall be Inflicted or Reciprocated”); and al-ʿĀda Muḥakkama (“Custom is Authoritative”).

Luqman Zakariyah, Ph.D. (2009), University of Wales, Lampeter, is Assistant Professor of Fiqh and Usul al-Fiqh at International Islamic University Malaysia and a former Research Fellow of ILSP, Harvard Law School between 2012-2013. He has published in many reputable journals on Islamic Legal Maxims including “Legal Maxims and Islamic Financial Transactions: A Case Study of Mortgage Contracts and the Dilemma for Muslims in Britain”, Arab Law Quarterly, Brill, 26:3, (2012).