Home / All / Islamic Law of the Sea: Freedom of Navigation and Passage Rights in Islamic Thought 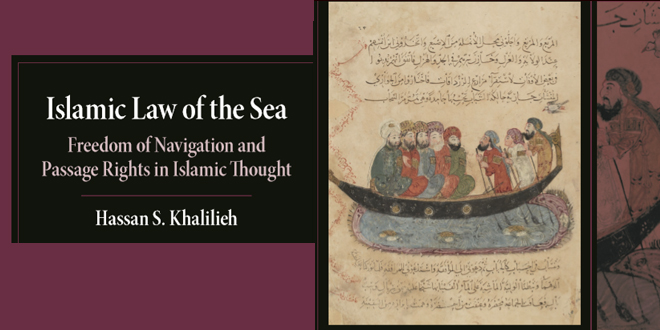 Islamic Law of the Sea: Freedom of Navigation and Passage Rights in Islamic Thought

In this book, Hassan S. Khalilieh highlights Islamic legal doctrine regarding freedom of the seas and its implementation in practice.

The doctrine of modern law of the sea is commonly believed to have developed from Renaissance Europe. Often ignored though is the role of Islamic law of the sea and customary practices at that time. In this book, Hassan S. Khalilieh highlights Islamic legal doctrine regarding freedom of the seas and its implementation in practice. He proves that many of the fundamental principles of the pre-modern international law governing the legal status of the high seas and the territorial sea, though originating in the Mediterranean world, are not a necessarily European creation. Beginning with the commonality of the sea in the Qur’an and legal methods employed to insure the safety, security, and freedom of movement of Muslim and aliens by land and sea, Khalilieh then goes on to examine the concepts of the territorial sea and its security premises, as well as issues surrounding piracy and its legal implications as delineated in Islamic law.

Hassan S. Khalilieh is a senior lecturer in the departments of Maritime Civilizations and Multidisciplinary Studies and a senior research fellow in the Leon Recanati Institute for Maritime Studies, Leon H. Charney School of Marine Sciences at the University of Haifa, Israel. His publications include Islamic Maritime Law: An Introduction (1998) and Admiralty and Maritime Laws in the Mediterranean Sea (ca.800-1050): The Kitāb Akriyat al-Sufun and the Nomos Rhodion Nautikos (2006).

Title: Islamic Law of the Sea: Freedom of Navigation and Passage Rights in Islamic Thought 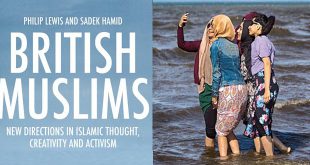 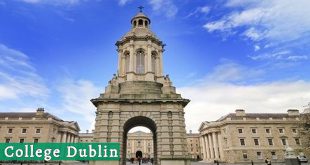 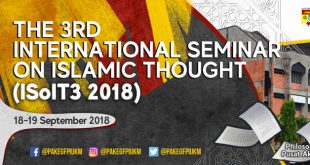 3rd International Seminar on Islamic Thought to be Held in Malaysia

The 3rd International Seminar on Islamic Thought (ISoIT3 2018) is a medium of discussion for ...