Intisar Rabb received her JD from Yale Law School, and is a PhD Candidate at Princeton University, where she is writing a dissertation on legal maxims in comparative American and Islamic law. After completing law school, and prior to returning to Princeton, she served as a law clerk to the Honorable Thomas L. Ambro of the United States Court of Appeals for the Third Circuit.

Intisar A. Rabb is a Professor of Law at Harvard Law School and a director of its Islamic Legal Studies Program. She also holds an appointment as a Professor of History at Harvard University and as a Susan S. and Kenneth L. Wallach Professor at the Radcliffe Institute for Advanced Study. She previously served as an Associate Professor at NYU Department of Middle Eastern and Islamic Studies and at NYU Law School, and as an Assistant Professor at Boston College Law School; and teaches courses in criminal law, legislation and theories of statutory interpretation, and Islamic law. She also served as a law clerk for Judge Thomas L. Ambro of the United States Court of Appeals for the Third Circuit, as a Temple Bar Fellow in London with the American Inns of Court, and as a 2010 Carnegie Scholar for her work on contemporary Islamic law reform.

In 2015, she received awards from the Luce Foundation and the MacArthur Foundations for SHARIAsource – an online portal for content and context on Islamic law, designed to make available primary sources as well as informed scholarly commentary about them freely available. She has published on Islamic law in historical and modern contexts, including the monograph, Doubt in Islamic Law (Cambridge University Press 2015), an edited volume, Law and Tradition in Classical Islamic Thought (with Michael Cook et al., Palgrave 2013), and numerous articles on Islamic constitutionalism, Islamic legal maxims, and on the early history of the Qur’an text. She received a BA from Georgetown University, a JD from Yale Law School, and an MA and PhD from Princeton University. She has conducted research in Egypt, Iran, Syria, and elsewhere.

Book: Society and Propriety: The Cultural Construction of Defamation and Blasphemy as Crimes in Islamic Law, in Accusations of Unbelief in Islam: A Diachronic Perspective on Takfir 434 (Sabine Schmidtke et al. eds., 2016). 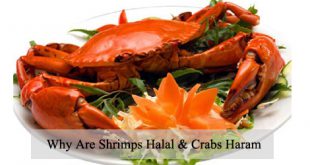 Why Are Shrimps Halal & Crabs Haram? 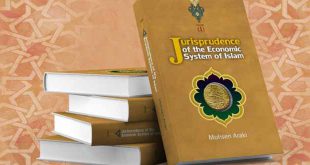 Book: Jurisprudence of the Economic System of Islam 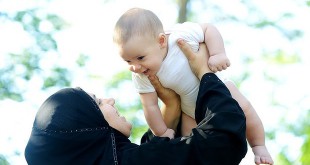 it is essential for the woman to have the consent of her husband to use birth control methods.