Interfaith Dialogue Is a Work Desired by God

Interreligious dialogue is therefore “a work desired by God”, “an integral element of the Church’s mission”, which finds expression in the service of faith and in the promotion of justice.

What follows is the speech of Archbishop Leo Boccardi Apostolic Nuncio to the Islamic Republic of Iran which presented at the First International Conference on Imam Reza (as) and Interfaith Dialogue which was take place in Holy City of Mashhad, Iran on January 30, 2019:

I am delighted for having been invited to attend this “First International Conference on Imam Reza and Inter-Faith Dialogue” and to be able to take part today in your discussions. First of all, I would like to thank God for having brought us together here, in this Holy and beautiful city of Mashad and to the organizers of this important Symposium on the eve of the United Nations World Interfaith Harmony Week” and “The Global Conference for Human Fraternity” in Abu Dhabi, which will begin on February 3. to coincide with the inaugural visit of Pope Francis to the UAE. 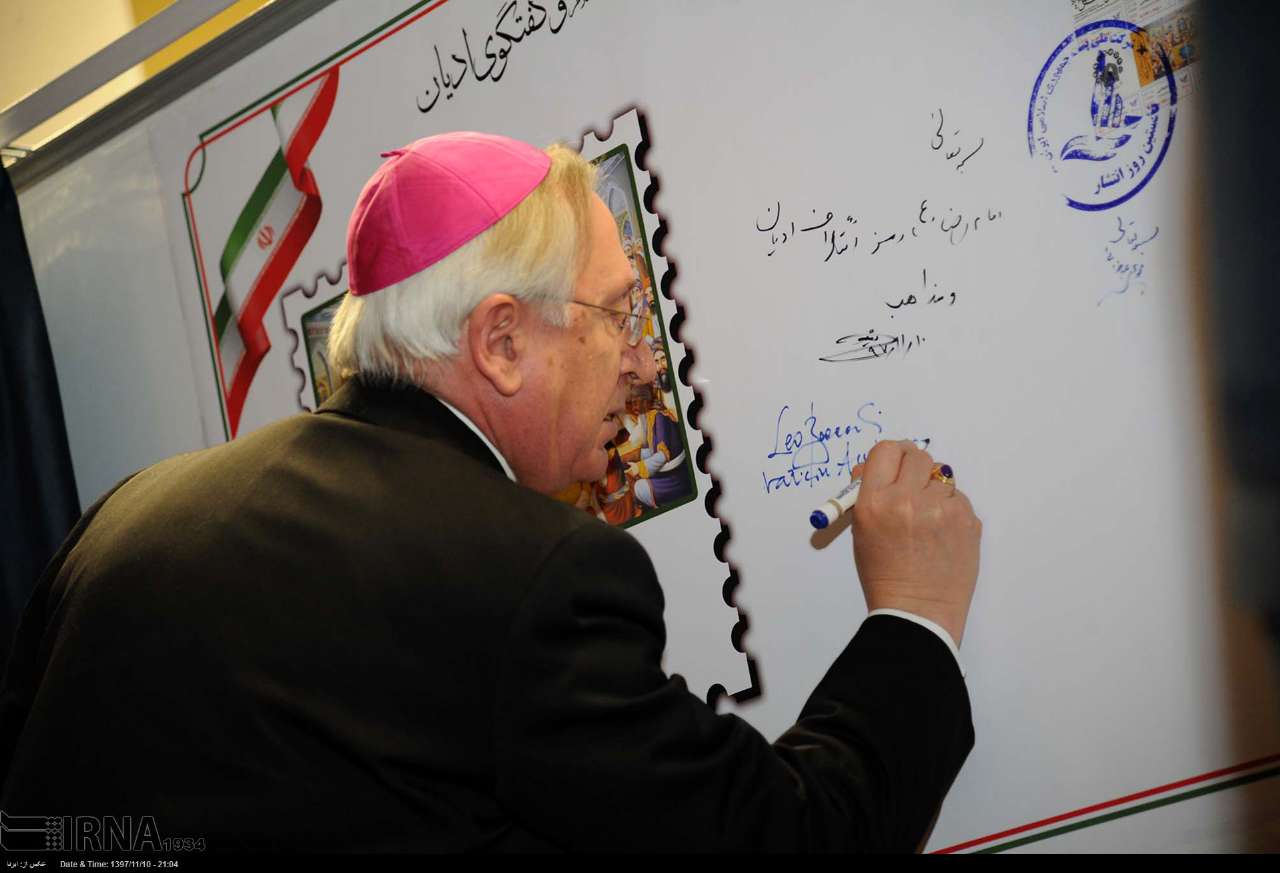 One of the most extraordinary gestures in the history of the dialogue between Islam and Christianity is represented by the meeting between St. Francis of Assisi and the Sultan of Egypt, Malik al-Kamil.

That historic meeting, which took place in Damietta, a few kilometers away from Cairo, is still so significant and timely today for its consequences in inter-religious dialogue and for world peace, so much so that it remains, even after many centuries, the event that indicates the route from which to start the search for understanding and harmony between East and West.

St. Francis of Assisi wanted to go to all costs among the Muslims, so much so that he made his attempts three times without discouraging failures. The third attempt was the good one for the meeting with Malik al-Kamil. The sultan finds great pleasure in listening to Francis, that strange monk from Italy. We are in September 1219, exactly 8 centuries ago.

Inter-religious dialogue is a “must” for the Catholic Church!

Since his election to the Pontificate, His Holiness Pope Francis expressed his appreciation for the growth of dialogue between Muslims and Christians, both locally and internationally. He assured that the Church wants to continue building bridges of friendship with the followers of all religions, in order to seek the authentic good of each person and of society as a whole. He also affirmed that it is imperative to engage in an authentic and sincere dialogue, built on respect for the dignity of every human person, created, as we Christians firmly believe, in the image and likeness of God.

As we know, dialogue is a necessary service to humanity: it is no longer a choice. If well done, it is synonymous with mutual understanding, respect, peace and harmony between the various components of a society, be they ethnic, religious, cultural or political.

We, followers of the monotheistic religions, share religious values with the followers of other religions and, in doing so, we find ourselves closer, thanks to the common faith in God Creator, Providence and ultimate end of every human being.

Prayer, fasting, alms, compassion for the weak, the sick and the poor, respect for parents, solidarity in the family and in the religious community are some values that we share as Christians and Muslims. I think we can say that the human being is the way of all religions!

I would like to draw your attention to a specificity of believers. Every week, on Fridays, Saturdays and Sundays, millions of men and women, regardless of their age, their culture and their social status, gather in prayer in mosques, synagogues and churches. They manage to live unity in diversity. We must put this heritage at the disposal of all humanity. I think it is a significant contribution that we can make to a solid peace building: “The name of the one God must become more and more, what is a name of peace and an imperative of peace”.

What meaning and what opportunity does this rich ethnic pluralism have? And how do we respond to racism, cultural prejudice, religious fundamentalism and intolerance that characterize so much of today’s world?

To overcome prejudices and preventions, of a historical and cultural nature; social or theological, in order to cooperate cordially with all men and women of good will in the promotion of peace, justice, harmony, human rights and respect for the entire creation of God, this must be done especially through the dialogue with those who are inspired by religious commitment or who share a sense of transcendence that opens them to universal values.

The Second Vatican Council exhorted all Catholies to a dialogue capable of “recognizing, preserving and advancing the spiritual and moral goods, as well as the socio-cultural values” present among the followers of other religions, in order to “Promoting together, for all men, social justice, moral values, peace and freedom”.

The Holy Father Francis has repeatedly asked to make interreligious dialogue a priority for the third millennium. In a world in which Christians form less than 20% of the population, it is self-imposed that we collaborate with others to achieve common goals.

Above all it is necessary that we enter into a positive relationship with the believers of other religions, because they are our neighbors; the common elements of our religious heritage and our concern for man oblige us to establish ever closer ties, based on universally accepted ethical values. Dialogue is “activity that has its own motivations, needs, and dignity” and should never “become a strategy to give rise to conversions” or proselytism. Being religious today is being inter-religious…

The dialogue recommended by the Catholic Church is:

Interreligious dialogue is therefore “a work desired by God”, “an integral element of the Church’s mission”, which finds expression in the service of faith and in the promotion of justice.

In conclusion, expressing my fervent hope that this Conference be really “a work desired by God”, I would like to evoke here the memory of Cardinal Jean-Louis Tauran who entered into eternal life of the 5 July last year. He was really a champion and a great man of dialogue, in Iran and in the world. To him our gratitude for his example, his dedication to the cause of interreligious dialogue which is a vital task today.

Thank you for your attention! 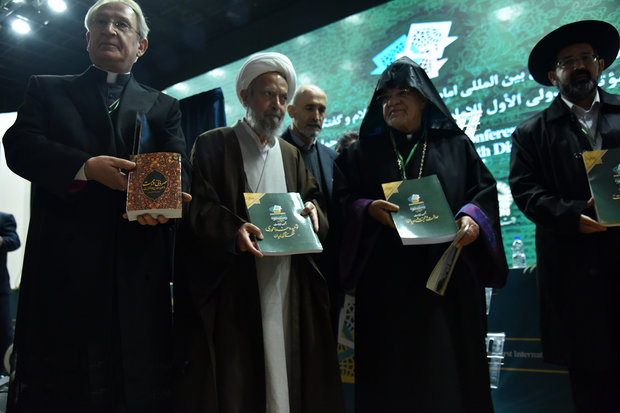 Previous Interfaith Dialogue: A Way to Establish Peace, Coexistence, Friendship and Cooperation
Next The Message of the Islamic Revolution – Forty Years and Going Strong