Imam Hussain, the Mediator: A Structural Analysis of the Karbala Drama according to Abu Ja´far Muhammad b.Jarir al-Tabari

The present study has a twofold purpose: Firstly, it is an analysis of the Karbala Drama—i.e. the death of Husayn b. `Alí in the hands of an army which had been sent out by the Umayyad authorities, at Karbala´ in 60/680—as it is retold by the Muslim jurist and historiographer Abĭ Ja`far Muhammad b. Jarír al-Tabarí (d. 310/923). Despite its importance, especially to Shiite Islam, this text as such has received relatively little attention among scholars of Islam. In this study, the Karbala Drama is regarded as a myth and the method used to analyze it is inspired by the structuralism of Claude Lévi-Strauss. Lévi-Straussian structuralism has probably never before been applied to early Arabic material to the extent that it is used here. The second purpose of the study, then, is to investigate to what extent and in what mode such a method is applicable to this material.

A portion of the text, called the “Text of Reference,” has been selected and thoroughly analyzed. In that analysis, a number of structural features such as codes, oppositions, mediations, and transformations have been identified and made the basis for a more cursory study of the rest of the story. An important structural feature that is detected in this way is the way the argument of the story is forwarded. By the transformation of metaphors into metonyms, the story attempts to make arbitrary relationships look natural and intrinsic. Such a relationship is that between water and blood—two liquids which are at times shed, at times withheld in the story. Husayn takes a mediating position in that he gives his water and his blood. He acts as mediator both in a negative sense (he establishes the basic Islamic opposition of good and evil), and in a positive sense (as religious guide he acts as a bridge between them).

Title: Husayn, the Mediator: A Structural Analysis of the Karbala Drama according to Abu Ja´far Muhammad b.Jarir al-Tabari (d.310/923) 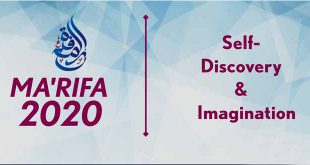 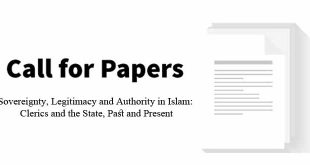 The history of Shīʻism in Bahrain has long been a neglected area of academic  attention; partly  due to a lack  of  easily  accessible  sources...