French Mosques Open their Doors to the Public

Hundreds of French mosques are participating in a major open-house event this weekend, offering visitors the opportunity to come in and chat about Islam in a country shaken by militant attacks.

Hundreds of French mosques are participating in a major open-house event this weekend, offering visitors the opportunity to come in for tea and a chat about Islam in a country shaken by militant attacks.

Organized by the country’s leading Muslim body, the French Council of the Muslim Faith (CFCM), it aims to stimulate dialogue about Islam and create a greater sense of “national cohesion”, a year after 17 people were killed in attacks by terrorist group ISIL in Paris targeting satirical weekly Charlie Hebdo.

“The objective is to create a space where people can be together and meet normal Muslim worshippers and all of our fellow citizens,” CFCM president Anouar Kbibech said on Saturday.

The idea is to use the anniversary of the attacks to “highlight the real values of Islam, to set straight the cliches about links to violence and terrorism,” he said, describing the venture as a “gesture of openness”.

“Instead of dwelling on these tragic acts, it seemed more useful and important to celebrate ‘the spirit of January 11′,” he said, referring to the date when millions of people took to the streets in a mass show of solidarity.

Following the November attacks, in which militants killed 130 people, France declared a state of emergency which has seen police staging around 20 raids on Muslim places of worship. At least three have been closed on suspicion of radicalising their members.

Dubbed “a brotherly cup of tea”, the initiative will take different forms with local mosques handing out hot drinks and pastries, offering guided visits, putting on debates and calligraphy workshops, and even inviting people to attend one of the five daily prayers.

Although not all of France’s 2,500 mosques and places of worship are taking part, the most important ones are, including the Grand Mosque of Paris.

The event comes after a year which saw a surge in anti-Muslim acts in France, some of which targeted places of worship, although the number was much lower after the November bloodshed than after those that took place in January. 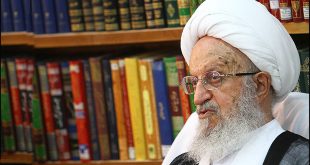 Contact with Sunni Scholars Should be Increased: Ayatollah Makarem Shirazi

The Grand Ayatollah Makarem Shirazi considered it necessary to establish communication between Shia and Sunni scholars and added: “If we have more contact with Sunni scholars, we can...