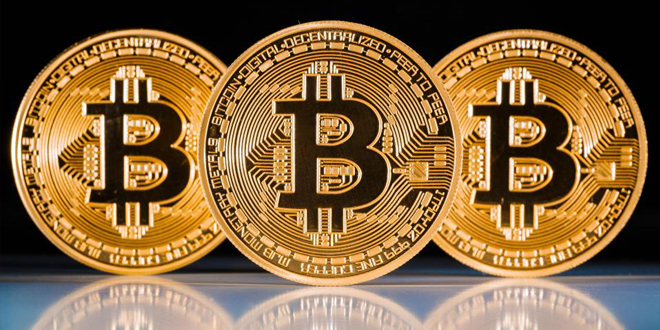 Egypt’s Grand Mufti, Shawki Allam, confirmed Monday that it is not permissible to trade, purchase or sell “Bitcoin” currency as it poses many risks to people; the currency may lead to fraud or falsifying its value.

Mufti Allam referred that Bitcoin is one of virtual banking currency, or a digital currency, which first appeared in 2009, created and held electronically, and is not available in a physical form.

He remarked that it is a virtual currency, not backed by any tangible asset, and can be issued without any control and without relying on any centralized authority, adding that it does not undergo any surveillance or financial institutions, as it depends on internet trading without any control. He indicated the risks that could arise as a result of this lack of surveillance.

“It is not the first of its kind in the currency exchange market; there are many other digital currencies known as crypto currency,” Allam stated.

The Mufti also pointed out that Bitcoins are “mined” or can be bought using actual money. Bitcoin can be mined using specific computer software and mathematical formulas designed by the Bitcoin founder, who remains anonymous.

Simply put, one uses their PC or laptop to download a program that utilizes the machine’s horsepower to go through certain processes and solve some formulas, and depending on how much data the machine processes, one, accordingly, gets paid in Bitcoins. To protect the Bitcoin system, only a certain previously-specified amount of Bitcoins can ever be created. The crypto currency can be used to carry out transactions. The fact that only a certain amount of them are out there and that they can be used to carry out transactions has made the coin’s value go up.

He stressed that he met with economic experts to reach a final decision regarding the Bitcoin by analyzing its effect on the economy, referring that the meeting has concluded that:

1-A deep study on Bitcoin and other digital currencies in the exchange market is needed to control it.

2-Exchange markets of these kinds of currencies are very risky, as it is difficult to predict prices and value due to its extreme volatility and fluctuations. In addition, brokers could benefit from these fluctuations to attract investors to use these currencies. This leads to weakening a country’s ability to preserve its local currency and control the currency exchange. It also negatively affects the financial policy and the expected fiscal revenues of states, and it opens the door for tax evasion.

3-Selling and paying Bitcoin requires encryption techniques to regulate the generation of units and verify the transfer of funds, making it necessary to produce backups to sniff out online piracy and to maintain it from theft or damage through the infection of serious viruses, making them unavailable to be circulated among the public easily.

4-It is not recommended to be used as a safe investment as it deals on the basis of speculation, aiming to achieve extraordinary profits by selling or purchasing, making it extremely volatile, and face piracy.

5-Unlike bonds and equities, problems that occur will be the complete responsibility of the miner, or the person who owns the currency, which may lead to them losing their whole capital.

6-Bitcoins undermine the legal system, as companies can evade taxes and not disclose their profits due to the fact that Bitcoins are untraceable. Furthermore, companies turn their attention to crypto currencies as it allows them to launder money or finance terrorist activities and engage in other fraudulent behaviors.

Consequently, Allam said that based on what was mentioned the terms required for any money circulation are not available in Bitcoin as it does not have a physical form and it leads to fraud in its banks and value, resembling it as counterfeit money.

In this regard, Bitcoin is forbidden in Islamic Sharia as it leads to more corruption, because it is a decentralized and anonymous system and difficult to trace who gave how much to whom.