Conference: Imam Khomeini and the Status of Women

The prestigious Islamic Centre of England will host this June, 4th the 19th Imam Khomeini Conference and the Status of Women.

The conference discussions will centered around the status of women in Islam, and attempt to dispel misconceptions and bias.

Contrary to Western popular belief women occupy a position of both strength, and importance. “Be respectful to women, as they are the mothers of mankind,” said Imam Ali (AS). 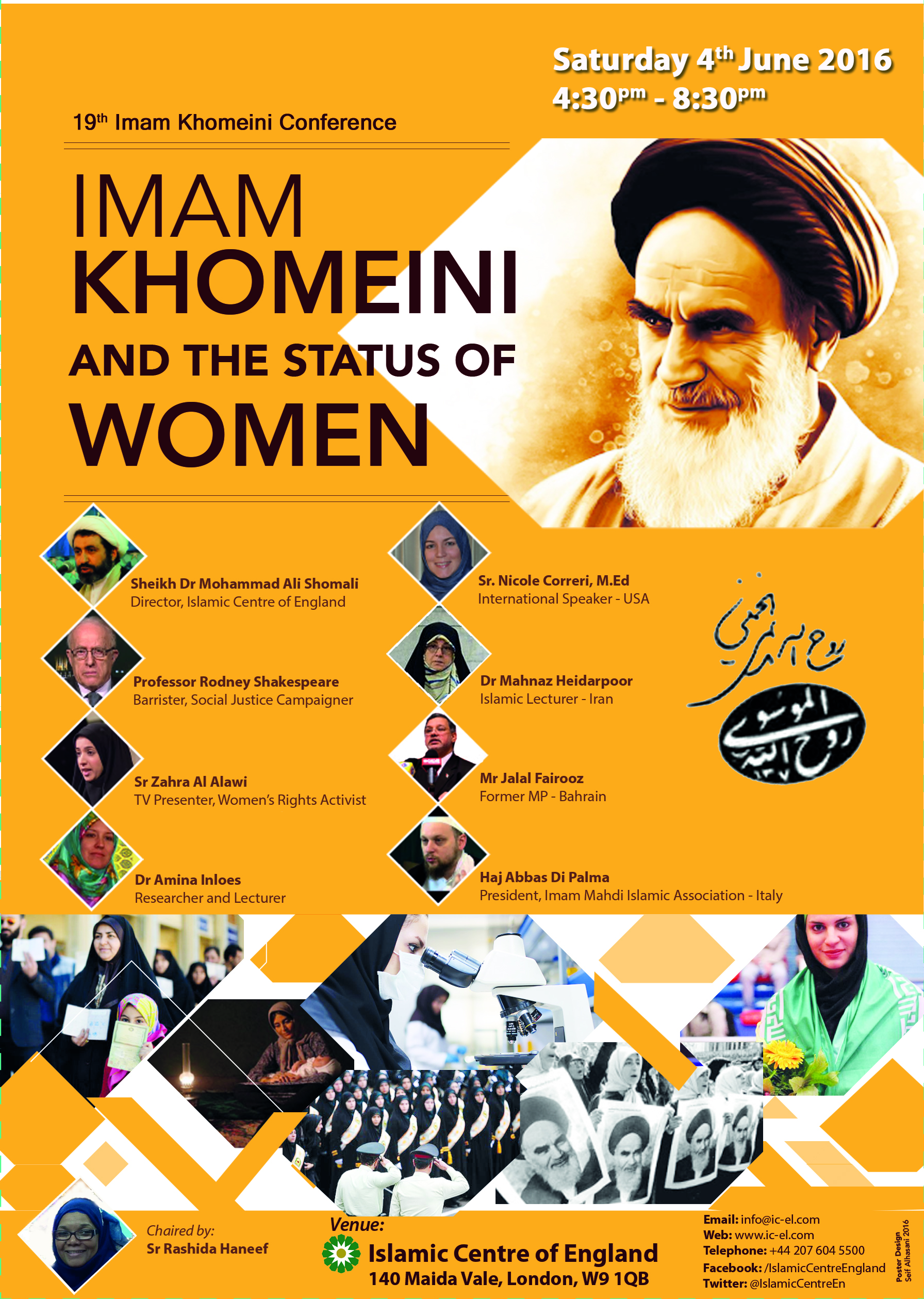 9.   Combatting the Exploitation of Women in the Media and Public Perception
10.   Women and Spirituality

Previous Bahrain Launches Brand New Halal Economy Masterclass
Next Fighting for Motherhood: The Case for Valuing One of the most Vital Members in Society