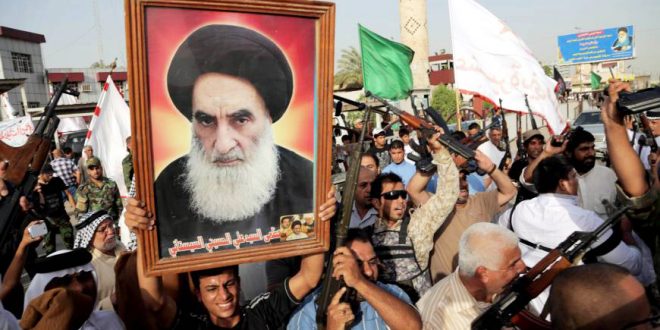 Ayatollah Sistani added his voice to many calls for restraint in the battle launched on Monday to retake Falluja, the first Iraqi city to fall under the control of the ultra-hardline Sunni Islamic State (IS), in January 2014.

“Sayyid Sistani reaffirms his recommendations that the ethics of jihad (Islamic holy war or struggle) be respected,” his representative, Sheikh Abdul Mahdi al-Karbalai, said in a statement.

“Don’t be extreme … don’t be treacherous. Don’t kill an old man, nor a boy, nor a woman. Don’t cut a tree unless you have to,” he said, citing sayings of the Prophet Mohammed.

Aid agencies have become alarmed about civilian suffering in a city that has been under siege for six months, and the United Nations has urged combatants to protect inhabitants trying to escape the fighting.

Falluja’s population is around 100,000, according to U.S. and Iraqi government estimates.

Ayatollah Sistani wields enormous influence over Iraq’s Shias. It was at his call that Iraqi militias regrouped in 2014 in a coalition known as Hashid Shaabi (Popular Mobilization), to stem Daesh’s stunning advance through the north and west.

Hashid Shaabi will take part in encircling Falluja but will not enter the city unless the Iraqi army fails in doing so, said Hadi al-Amiri, the leader of the Badr Organisation, the largest component of the Shia coalition. Kaffarah and Fidya’s Rules according to Ayatollah Sistani

This booklet consists of those issues which believers come across during the month of ramadhan and eid. They are presented beautifully...