Home / Library / Books / Book: The Twelver Shiʻa as a Muslim Minority in India: Pulpit of Tears

Book: The Twelver Shiʻa as a Muslim Minority in India: Pulpit of Tears

This book considers the voice of an important Muslim minority through its sermons.

One of the most important current debates within and about Islam concerns its relation with power. Can Muslims be fundamentally content without power or as a minority? This book considers the voice of an important Muslim minority through its sermons. Indian Shi’i Muslims are a minority within a minority, constituting about ten to fifteen percent of the population as a whole, but comprising of about fifteen million people. Ten sermons are presented entirely and many more are quoted in order to analyze the preaching tradition in full. This book is the first survey to present the Indian mourning gathering and explain the history of this extraordinary phenomenon.

Toby Howarth is currently Vice Principal of Crowther hall, at Selly Oak in Birmingham. A graduate of Yale University, Birmingham University and the Free University of Amsterdam, he has studied and worked in Birmingham, Oxford, Uganda, Egypt, Jerusalem, India, and the Netherlands. He speaks and writes widely in the field of Muslim-Christian relations.

From Karbala to India: a history of Shiʻa preaching

The Shiʻa of Hyderabad and their mourning gatherings

Title: The Twelver Shiʻa as a Muslim Minority in India: Pulpit of Tears

Article: From Partial to Complete: Juristic Authority in Twelver Shi‘ism 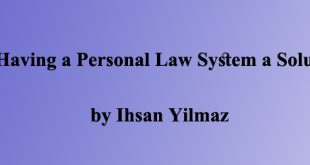 Is Having a Personal Law System a Solution+PDF 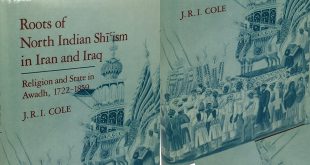 In this book, the writer, Juan Ricardo Irfan Cole has contributed significantly to our understanding both of Nawabi Awadh (Oudh) and also Twelver (isna Ashari) Shi’ism. His detailed study of the social and...