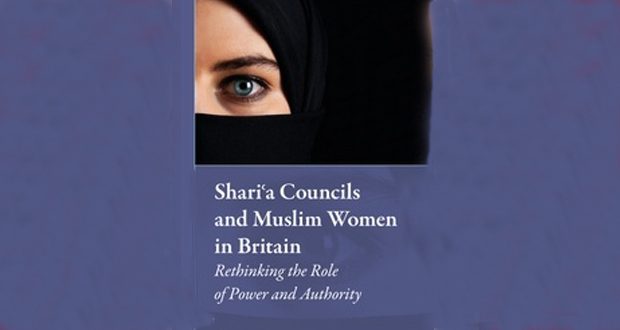 In this book Tanya Walker draws on extensive fieldwork from over 100 cases to argue for a radically different understanding of the setting and dynamics of the Shariʿa councils.

The public debate on Shariʿa councils in Britain has been heavily influenced by the assumption that the councils exist as religious authorities and that those who use them exercise their right to religious freedom. In Shariʿa Councils and Muslim Women in Britain Rethinking the Role of Power and Authority Tanya Walker draws on extensive fieldwork from over 100 cases to argue for a radically different understanding of the setting and dynamics of the Shariʿa councils. The analysis highlights the pragmatic manoeuvrings of Muslim women, in pursuit of defined objectives, within limited space – holding in tension both the constraints of particular frameworks of power, and the realities of women’s agency. Despite this needed nuance in a polarised debate however, important questions about the rights of Muslim women remain.

Based on the author’s Ph.D. thesis, this book considers Shari’a councils in Britain and the experiences and motivations of individual Muslim women in their interactions with them within the context of authority, power, agency, and resistance, looking at why Muslim women in Britain choose to take up their disputes in the councils. She explores 100 cases in four councils, drawing on interviews with 43 women and with personnel involved in the institutions. She examines the claim that women who come to the councils do so on the basis of a recognition of their authority, showing that this is not consistent with her interviews, which revealed that the women believed the councils to be recognized by their communities. She discusses how law, community norms, and the practices of the councils construct a set of boundaries that Muslim women feel they need to navigate to pursue their goals, and describes how they approach the councils as a last resort and a strategy to use the language of the dominant class against itself to obtain freedom.

Tanya Walker Ph.D. (2012, SOAS) is a political scientist and public speaker. Born in Tehran, she was educated at the Universities of Oxford and London. Her fieldwork provides the most extensive review of the Shariʿa councils in Britain to date.

Acknowledgements
List of Abbreviations
List of Figures
Introduction
Chapter One: The Shariʿa Councils, the Women, and Some Methodological Concerns
Chapter Two: The Question of Authority
Chapter Three: The Women in Context: the Web of Power
Chapter Four: Tactics of Power
Conclusion
Bibliography
Index

Title: Shariʿa Councils and Muslim Women in Britain: Rethinking the Role of Power and Authority