Book: Shariʻa in the West

This book aims to open up new pathways for policymakers and civil society institutions grappling with the relationship between Shari’a and Western legal systems.

In February 2008, the Archbishop of Canterbury, Dr Rowan Williams, delivered a public lecture in which he stated that it “seem[ed] unavoidable” that certain aspects of Islamic law (Shari’a) would be recognized and incorporated into British law. The comments provoked outrage from sections of the public who viewed any recognition of Shari’a law in Britain with alarm. In July 2008 Lord Phillips, Lord Chief Justice of England and Wales, weighed into the fray. He praised the Archbishop’s speech and gave qualified support for Shari’a principles to govern certain family and civil disputes.

Responding to the polarized debate that followed these lectures, this is a collection of short essays written by distinguished and prominent scholars addressing the question of the accommodation of Shari’a within the legal systems of the liberal-democratic West. The matters raised in the two 2008 lectures provide a springboard for lively discussion, criticism and debate on both the specific question of religious/cultural accommodation by the law and the wider issues of multiculturalism, equality before the law and the desirability of parallel jurisdictions for particular faith communities.

Leading scholars from a range of countries and academic disciplines, and representing different political viewpoints and faith traditions explore the complex issues surrounding the legal recognition of religious faith in a multicultural society.

The volume aims to stimulate further thought on a complex issue, and to open up new pathways for policymakers and civil society institutions grappling with the relationship between Shari’a and Western legal systems.

Title: Shariʻa in the West 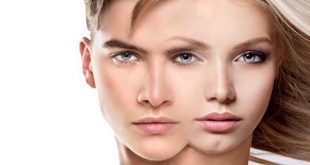 By studying the fatwas, the paper analyzes the main juridical reasons behind the fatwas of Khomeini and Al-Tantawi, who might be called neotraditionalists, and the issuance of such progressive fatwas through their classical methodology of...