Home / All / Book Review: Shi‘ism and the Democratisation Process in Iran: With a focus on Wilayat al-Faqih

Shi‘ism and the Democratisation Process in Iran by Ibrahim Moussawi analyses wilayat al-faqih, or rule of the jurisprudent, and its application in the Islamic Republic of Iran.

In the introduction, Moussawi states that his goal is to challenge the idea that wilayat al-faqih is inclined to tyranny, making it impossible to fit together with democracy (14). Moussawi wants to test the idea that democracy is something that is imposed on nations by way of force, usually from Western hegemonic powers, as seen in Iraq and Afghanistan. Moussawi begins by introducing the reader to the principles of Shi‘ism and wilayat al-faqih. He then uses principles such as shura to demonstrate the democratic nature of wilayat al-faqih. The topic of Iran’s formal name as a republic is also discussed within the larger context of Islamism and [End Page 245] republicanism. Moussawi concludes his work by looking at the challenges that wilayat al-faqih faces in modern times.

In order to understand wilayat al-faqih, one must first understand the basic principles of Shi‘ism, which Moussawi outlines in the first two chapters, both in isolation and in relation to wilayat al-faqih, respectively. Moussawi traces Shi‘ism’s evolution from its origins to the current post-occultation (ghaybah) period. He divides the history of Shi‘ism into three phases: (1) before the martyrdom of Imam Husayn, (2) the pre-Occultation (ghaybah) period, and (3) the post-ghaybah period. In the preoccultation (ghaybah) period, Moussawi says that ‘a policy of political quietism was instituted,’ beginning with the fourth Imam, Zayn al-‘Abidin and continued by the fifth, sixth, and eighth Imams in the face of Umayyad and ‘Abbasid repression (25). However, since the Safavid era, there has been a growing emphasis on politics in Shi‘ism. The rise of the ulema during this period and during the time of Qajar rule elevated the status of ijtihad, expanding the authority of the Hidden Imam. He points out that all governments are deemed illegitimate in the Hidden Imam’s absence; however, wilayat al-faqih is the exception to this rule because it is the only form of government that can exist in his absence. In fact, part of wilayat al-faqih’s legitimacy comes from the fact that it operates on behalf of the Hidden Imam. Moussawi also briefly mentions that there is not a unanimous agreement among the ulema in regards to wilayat al-faqih, although more attention could have been could have been given to this subject in order to shed light on the difference of opinions surrounding political wilayat al-faqih.

Title: Shi‘ism and the Democratisation Process in Iran: With a focus on Wilayat al-Faqih by Ibrahim Moussawi (book review)

Shi‘ism and the Democratisation Process in Iran: With a focus on Wilayat al-Faqih by Ibrahim Moussawi 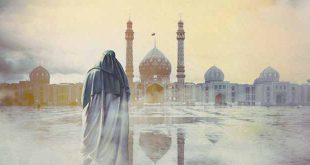 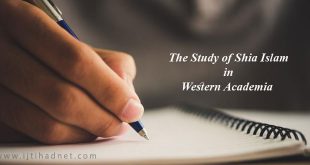 Article: The Study of Shia Islam in Western Academia

This paper will examine the historical study of Shi͑ism in Western Academia. It will argue that until the last four decades, Western scholarship studied Shi͑i Islam primarily through a...