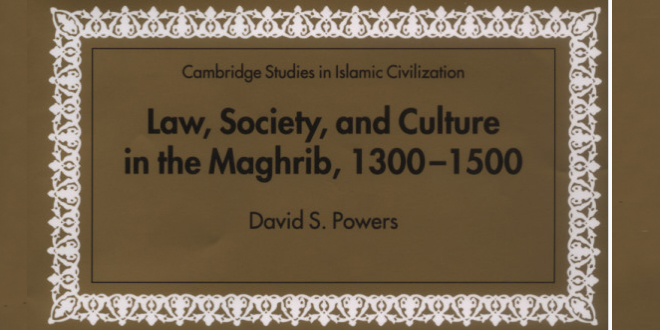 The book is a must for anyone who wants to understand how Islamic law functioned in practice after 287/900. The material … is presented in a clear and systematic manner, not only making it accessible for the non-legal mind but also actually engaging the reader in such a way that one awaits the outcome with interest.’ Islam and Christian-Muslim Relations

Focusing on the Maghrib in the period between 1300 and 1500, in this book David Powers analyses the application of Islamic law through the role of the mufti.

To unravel the sophistication of the law, he considers six cases which took place in the Marinid period on subjects as diverse as paternity, fornication, water rights, family endowments, the slander of the Prophet and disinheritance. The source for these disputes are fatwas issued by the muftis, which the author uses to situate each case in its historical context and to interpret the principles of Islamic law. In so doing he demonstrates that, contrary to popular stereotypes, muftis were in fact dedicated to reasoned argument, and sensitive to the manner in which law, society and culture interacted. The book represents a groundbreaking approach to a complex field. It will be read by students of Islamic law and those interested in traditional Muslim societies.