The book, written by Ayatollah Sayyed Hussain Modarresi Tabatabaei, is an attempt to clarify all aspects of kharaj from the viewpoint of Islamic Law.

The question of the private ownership of land and the limits of the authority of the Islamic state over land has always been one of the most important issues in Islamic law and history.

Most parts of the Muslim Empire were taken by the Muslims through conquest in the early period of Islam. According to the prevailing view in Islamic law, land conquered by war belongs to the Muslim community, ie to all Muslims in the past, present and future. There are also some other kinds of land with the same status of ownership. All the lands of this category are left to the discretionary authority of the Islamic government which will grant them to farmers by  mutual agreement in return for a regular payment of a fixed amount of a share of the crop, both known in Islamic terminology as Khaaraj.

This book is an attempt to clarify all aspects of kharaj from the viewpoint of Islamic Law.

Ayatollah Sayyed Hussain Modarresi Tabatabaei, PH.D. (Oxon), is professor of Islamic law in the Islamic University of Qom. He is the author of many books and articles, mostly in Persian, on different branches of Islamic scholarship. 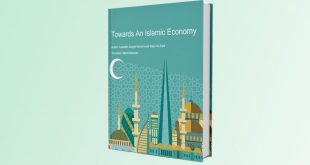