The book Jawāhir al-kalām fī sharḥ sharāʾiʿ al-ʾislām or Jawāhir al-kalām as is commonly known is a book concerning demonstrative fiqh by Muhammad Hasan al-Najafi who has come to be known as Sahib Jawahir (the author of Jawahir) (d. 1266/1850), a pupil of Sayyid Muhammad Jawad ‘Amili and Shaykh Ja’far Kashif al-Ghita. The book is an extended exposition of Shara’i’ al-Islam by al-Muhaqqiq al-Hilli (d. 676/1278).

It is unique in its details providing researchers with views and arguments of past scholars of fiqh.

Author of the Book

Muhammad Hasan al-Najafi, son of Muhammad Baqir, was a great faqih in 13th/19th century. He was born around 1200.1786. The most significant work that he has left is Jawahir al-kalam that is a comprehensive encyclopedia of discursive fiqh from the issues of tahara (cleanliness) to diyat (atonement or blood money). The book was particularly important for later scholars in fiqh. He died in 1266.1850 in Nassir al-Din Shah’s era.

Jawahir al-kalam is a comprehensive and discursive work in Imamiyya fiqh. The book is an extended exposition of Shara’i’ by al-Muhaqqiq al-Hilli (d. 676/1278). Prior to Muhammad Hasan al-Najafi, the ground was fertile for the flourishing of Shiite seminaries due to factors such as Muhammad Baqir Bihbahani’s movement against Akhbaris, political factors and the stability of the country. The author lived in a time when on the one hand, Shiite seminaries of Najaf were, due to the efforts of the pupils of Wahid Bihbahani, highly active and vivacious, and on the other hand, some extended and innovative works had been written in fiqh and usul al-fiqh, including Kashf al-ghita’ by al-Shaykh Ja’far al-Najafi, Miftah al-kirama by al-‘Amili, Qawanin by Mirza Qummi, Riad al-masa’il by Sayyid ‘Ali Tabataba’i, and Al-durrat al-najafiyya by Bahr al-‘Ulum.

As Sahib Jawahir is quoted as saying, he did not initially seek to write an exposition of Shara’i’, rather he wanted to organize some notes about various issues of fiqh. In the preface of the book, he says that he had chosen Shara’i’ as a text for some reasons: its comprehensiveness, its precision, its fluency and eloquence, and its being the focus of faqihs. The purpose of writing Jawahir al-kalam was, as he says in the preface, to acquaint faqihs with the hidden delicacies of Shara’i’ , illustrate its problems, explicate the mistakes made by other commentators of the book, and deal with the views of faqihs and their arguments.

Resources of Fiqh in the Book

The most important resources appealed to in this book are as follows:

Status of the Resources of Fiqh in this Book

A large part of this book deals with analyses of how to deduce (istinbat) the laws of shari’a from hadiths. This part of the book has the following features:

A major part of this book consists of direct or indirect quotations of the views of Imamiyya faqihs. The author thereby seeks to resolve the incompatibilities between the views of faqihs, criticize their views or prove the view of al-Muhaqqiq al-Hilli or his own. In the book, he has considered the views of early and late Shiite faqihs and even some of his contemporaries (see below). The views of commentators on Shara’i’ , in particular al-Shahid al-Thani (d. 965/1558) in Maslik al-‘afham and Sayyid Muhammad Musawi ‘Amili (d. 1009/1601) in Madarik al-‘ahkam are frequently cited. In some cases, Sahib Jawahir points to the compatibility or incompatibility of al-Muhaqqiq al-Hilli’s views in Shara’i’ with the other two of his works, al-Mukhtasar al-nafi’ and al-Mu’tabar. Sometimes Sahib Jawahir proposes arguments for some views, even the ones he rejects, and he then criticizes them. He sometimes mentions some views and arguments without any citation, and sometimes he mentions a view for which he did not find a proponent. He sometimes rejects a view without appealing to any argument against it. And in some cases, his criticisms of early or contemporary faqihs are harsh and explicit. With regard to some laws of fiqh, he mentions not only the views of Imamiyya, but also those of zaydiyya and some great Sunni faqihs, such as Abu Hanifa and al-Shafi’i.

In his discussions about each issue, al-Najafi proposes his own view which is, in most cases, in line with the view on which Imamiyya has consensus or is popular (mashhur) among Imamiyya. Thus some people have called him “the spokesman of the popular views” (lisan al-mashhur). Popularity of fatwas is so important for him that he has condemned al-Muhaqqiq al-Ardabili and his followers for rejecting views on which Imamiyya has consensus.

Some of the most important views of Sahib Jawahir in usul—that are introduced throughout Jawahir and are important in that his work on usul is not available to us—are as follows:

In Jawahir al-kalam, Najafi has referenced to or indirectly made use of many sources in fiqh, usul al-fiqh, kalam (Islamic theology), Quranic sources, hadiths, Islamic history, and Arabic literature. Among early faqihs, the works of people such as al-Shaykh al-Saduq, al-Shaykh al-Mufid, Sayyid Murtada, and al-Shaykh al-Tusi have been frequently cited, and among later faqihs works of people such as al-Muhaqqiq al-Hilli, ‘Allama Hilli, Yahya b. Sa’id Hilli, Shahid Awwal, Shahid Thani, al-Muhaqqiq al-Ardabili, al-Fayd al-Kashani, Muhammad Baqir Majlisi, and Muhammad Baqir Sabziwari are cited.

Sources in the exegesis of the Qur’an: Al-tibyan by al-Shaykh al-Tusi, Majma’ al-bayan by Tabarsi, Al-kashshaf by Zamakhshari.

Indirect sources: in some cases, Najafi’s expressions indicate that he has made use of many of his sources indirectly. Some people believe that he has made use of the following books in such a way: Jami’ al-maqasid by Muhaqqiq Karaki, Masalik al-‘afham by Shahid Thani, Madarik al-‘ahkam by Sayyid Muhammad b. ‘Ali Musawi ‘Amili, Miftah al-Kirama by Sayyid Muhamamd Jawad ‘Amili.

Place of the Book for Shiite Scholars

After it was written, Jawahir al-kalam attracted the attentions of Shiite scholars, both because of the character of its author and because of the unique features of the book itself. People regarded highly of the book: “a unique work throughout the Islamic history”, “the greatest work in fiqh”, “the greatest phenomenon of its time”, “a manifestation of a person’s ingenuity”, and some people have said that all scholars of fiqh need this book in their researches, and with this book, they do not need any other work. The book was so well-known that its author, Najafi, came to be called by later faqihs “Sahib Jawahir” (the author of Jawahir).

The views and arguments of Sahib Jawahir in this book have ever since been the focus of lectures and written works in fiqh. In some cases, Sahib Jawahir’s views in usul al-fiqh have been criticized by later scholars. Murtada Ansari and other faqihs have objected to some of Najafi’s views. For example, they criticized the view that the unreliability of the narrators of a hadith can be compensated by consensus or popularity of the view among faqihs. They have also criticized his reliance on consensus in order to prefer a view in fiqh to another, while there is in fact no consensus.

According to some scholars, there are some mistakes in the book, such as:

There have been several commentaries on Jawahir al-kalam or parts of it, including:

The original version of Jawahir al-kalam was, according to Agha Buzurg Tehrani, in 44 volumes.

There are several manuscripts of the book and its different volumes in some libraries of Najaf, Qum, Tehran, Mashhad, and Hamadan.

It was also printed in the Institute for Islamic Publication.

Previous The Implementation of the Sharia Law in Medical Practice
Next All Muslim Countries Must Cut Ties with Israel: World Muslim Ulama 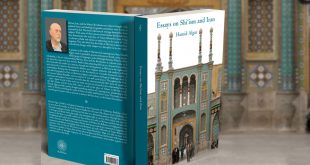