Book: The Early History of Ismaili Jurisprudence: Law Under the Fatimids

As regards Ismaili law, in particular, it is still a largely unexplored field of study. Al-Qadi Abu Hanifa al-Nu’man is generally considered as the founder and the greatest exponent of Ismaili jurisprudence. Many of his works have been lost; scattered information on some others is found here and there; some works are still in manuscript form; few others have been published.This book is a critical edition and translation of al-Nu’man’s Minhaj al-fara’id, based on the three known copies of it. It deals with the law of inheritance, one of the most difficult Islamic law institutions throughout Islamic law.

Researchers have shed light on the literary production of the Ismailis since the early 1930s. The cataloguing of these work has been carried out by Ivanow, Fyzee, Goriawala, Poonawala, Gacek, Cortese and de Bloise. Many works attributable to Ismaili scholars, however, are still unavailable either because they remain hidden in private collections or because they have not survived. Ismaili law, in particular, is still a largely unexplored field of study. Al-Qadi Abu Hanifa al-Nu’man is generally considered the founder and greatest exponent of Ismaili jurisprudence, Many of his works have been lost, and information on some others is scattered; yet other works remain in manuscript form, and only a few have been published. The present book is a critical edition and translation of al-Nu’man’s Minhaj al-fara’id, based on its three known copies. It deals with the law of inheritance, one of the most complex in Islamic law.

In comparing the Minhaj with two published works (the Da’a’im al-Islam and Kitab al-iqtisar) as well as a manuscript (Mukhtasar al-athar) of al-Nu’man, a significant doctrinal evolution clearly emerges, reflecting his early Maliki training and then his work under four Fatimid imams. Ismaili law is also compared with the doctrines of the Imami School as well as the legal system of the four Sunni schools. This book thus allows us to determine the time of the composition of the Minhaj al-fara id, the development and the originality of Ismaili jurisprudence, and its relation to other schools of law.

Introduction of the Book

In my research on the Islamic law of inheritance, I have utilised manuscripts written by scholars from the various schools of law. One of these is the Minhāj al-farāʾiḍ, which is attributed to the Ismaili qāḍī Abū Ḥanīfa al-Nuʿmān. It has proven invaluable in helping me to fathom the various aspects of the inheritance system of the Sunni as well as the Shiʿi, Ẓāhirī and Ibāḍī schools of law. With regard to the early formation of the Imāmī and Ismaili schools of law, the Minhāj has already helped to shed light on several issues which have been examined elsewhere, but many others remain, including, for example, the relationship between the Ismaili school, the Imāmī school and the remaining law schools; the comparison of the legal works of al-Nuʿmān in order to shed light on the development of his thought. Above all, however, it has a bearing on the question of the origin of Islamic law itself. Moreover, it has informed an examination of the meaning of the Qurʾanic term kalāla  as well as an assessment of some recent reforms in inheritance law.

Since the history of the rise and the nature of the Fatimid state is well known, and the role of al-Nuʿmān as a state jurist has also been widely studied, I wish instead to focus on a doctrinal comparison of al-Nuʿmān’s juridical works. Starting with an analysis of the Minhāj and highlighting the figure and works of al-Qāḍī Abū Ḥanīfa al-Nuʿmān, I shall trace the development of Ismaili jurisprudence ( fiqh ) against the backdrop of the Imāmī as well as the Sunni elaboration. In so doing, I will compare the doctrines expressed in the Minhāj with those found in the other extant works of al-Nuʿmān. From this examination, I hope to draw some conclusions about when the Minhāj was composed, the originality of Ismaili jurisprudence, and the relation between Ismaili jurisprudence and other schools of law.

Al-Nuʿmān is generally considered the founder of Ismaili jurisprudence, and its greatest exponent. Most scholars nevertheless assert that Ismaili fiqh lacks originality and is closely dependent on other systems of Islamic law. The present study takes this as its cue to provide evidence to the contrary by a detailed examination of the differences between Ismaili and other fiqh.

Stimulated by the challenge formulated by Muḥammad Waḥīd Mīrzā, 5 but limiting myself to the topic of inheritance, I shall thus proceed to conduct a comparative study between the Ismaili system of jurisprudence and the other Islamic systems of law. But such a study ought to start by questioning Mīrzā’s general observation that (1) there are no noteworthy differences between the Ismaili form of ʿibādāt (religious practices) and other forms of ʿibādāt , and Ismaili rules on muʿāmalāt (with respect to marriage, repudiation and inheritance, for example), totally diverge from those of Sunni and Imāmī systems of law. Such comparisons may appear pedantic, but they are necessary in order to definitively fix al-Nuʿmān’s own theological background and thereby explore whether this was Mālikī or Ḥanafī, and to establish the doctrinal position of the Minhāj with respect both to his other works and to works by the Imāmīs and the Sunnis.

Agostino Cilardo is a Full Professor at the ‘Orientale’ (Naples), where he has been the Dean of the Faculty of Arabic-Islamic and Mediterranean Studies. He is the Editor of Studi Magrebini (Naples) and of the series ‘Arabic-Islamic Culture’ (Naples). He is a member of the editorial Board of the Journal of Arabic and Islamic Studies and of the Honorary Scientific Board of Studia Asiatica.

Title: The Early History of Ismaili Jurisprudence: Law Under the Fatimid

Publisher: I. B. Tauris In Association With The Institute Of Ismaili Studies

Previous Discrimination towards Muslims on the Rise in Switzerland
Next Book: Contemporary Ijtihad limits and controversies 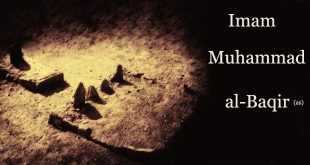 History of the Shi’a in the Time of Imam Baqir

Some of Imam Baqir’s endeavours include solidifying the religious beliefs of the community, spreading a jurisprudential-religious culture, training students so as to become Islamically proficient, and...