Home / All / Fiqh & Socitey / The Best Time for Daily Prayers 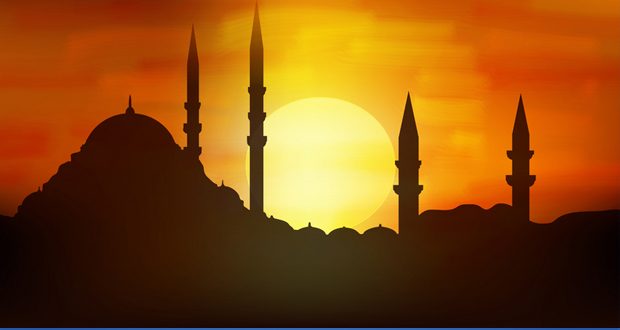 The Best Time for Daily Prayers

In the issue of the timings of the daily prayers, the fuqahāʾ (jurists) of the school of Ahl al-Bayt (ʿa) have a near consensus.

The ritual prayer (ṣalāh, pl. ṣalawāt) is perhaps the most integral practice of a Muslim’s daily life. It is well known to Muslims and non-Muslims alike that throughout the day a Muslim will stop whatever they are doing, turn towards Mecca, and commune with their Lord. The ṣalāh is prescribed to be performed with certain preliminaries and in a particular method. Among these preliminaries is performance of the prayers in their specified times, as Allah alludes to in the Qur’an: “Verily the ṣalāh is a timed prescription upon the faithful.”[1][2]

The Prophet (ṣ) and Imams (ʿa) stressed the obligation of dutifully observing our prayers and making sure we pray them within their prescribed times. al-Kulaynī reports the following hadith from Abān ibn Taghlib, a notable jurist from the companions of Ahl al-Bayt (ʿa):

I was praying in congregation behind Imam Jaʿfar al-Ṣādiq (ʿa) in Muzdalifah; when he finished, he turned to me and said, “Abān, whoever establishes the five obligatory prayers with their requirements and takes care to pray them in their allotted times shall meet Allah on the Day of Reckoning with a covenant that will bring him into paradise. However, whoever fails to establish them with their requirements and neglects their prescribed times shall meet Allah with no covenant. If He wishes, He can punish him, and if He wishes, He can pardon him.”[3]

Naturally, one would then wonder what are these prescribed times for each of the daily prayers. Of the Qur’anic verses that speak about the times of prayer, one encompasses all five daily ṣalawāt: “Establish ṣalāh from the sun’s decline until the darkness of the night and [establish] the recitation of dawn. Verily the dawn recital is witnessed.”[4] This verse mentions three times: the sun’s decline (dulūk al-shams), the darkness of the night (ghasaq al-layl), and dawn (fajr). Some Shīʿī Muslims, often in the context of polemics, try to argue that this verse has only defined three timings for the ṣalawāt—namely to argue that the five obligatory prayers have only three times that are established by Allah. This is, however, not what is understood from the verse, linguistically. The verse calls for us to establish prayer within a particular stretch of time—from dulūk al-shams until ghasaq al-layl—and at one particular time, fajr. It does not say to pray at noon, pray at night, and pray at dawn.

The main source for establishing the specific timings for each prayer within that stretch of time is the reported traditions from the Ahl al-Bayt (ʿa). In the issue of the timings of the daily prayers, the fuqahāʾ (jurists) of the school of Ahl al-Bayt (ʿa) have a near consensus on the prayer times. They are as follows:

These given times are the basic boundaries for the prayers to be considered “on time,” termed waqt al-ijzā’. It is these times that are most well-known among the Shiʿa today. Many people perform the prayers in “sets”; that is, they perform ʿaṣr immediately after ẓuhr, and ʿishāʾ immediately after maghrib. This practice of consistently combining prayers is foreign to Sunni Muslims. Generally, Sunnis believe that these prayers cannot be prayed back-to-back without cause, such as traveling or illness. The issue of combining prayers in this manner—without special circumstance—has become a sectarian issue and emblematic of differences between the Shiʿa and the Sunnis.

As members of the two communities constantly interact, ideas and views passively transfer between them. As Sunnis make up a majority of the Muslim community, they tend to set the tone and ethos behind many issues, and their culture defines which views are seen as normative. The dint of this hegemony enforces a culture of stringency on separating the prayers—in a particular way—as ideal, while combining is seen as lax and even deviant. Sometimes this passive absorption of values or a sudden urge to follow the prophetic sunnah in full capacity drives practicing Imāmī Shiʿa to separate their prayers and feel as though their community’s general practice is in opposition to the sunnah of the Prophet (ṣ), even if they affirm the permissibility of combining prayers.

To answer this question, one must take a step back and look into the conclusions of experts. Sayyid ʿAlī al-Sīstānī and the late Sayyid al-Khūʾī (d. 1992) say that the recommendation of separating (tafrīq) two prayers with overlapping timings is unestablished and problematic, respectively.[6] Sayyid Khūʾī states that the discouragement (karāhah)[7] for combining prayers in and of itself—meaning for two prayers of a shared time to follow one after another successively—is not supported by any evidence and that the recommendation of tafrīq itself is baseless. Rather, what is established is the karāhah of performing a prayer in the waqt al-faḍīlah (pl. awqāt al-faḍīlah)[8] of another prayer.[9] So there is no established merit in, say, praying ẓuhr at noon and then delaying ʿaṣr until slightly before sunset. The standard is not separating the prayers; it is praying them in their recommended times.

After establishing that, naturally we need to know when are these awqāt al-faḍīlah. The fuqahāʾ differ due to the variety of reports regarding the issue. The general consensus of the jurists is that the waqt al-faḍīla for maghrib is from sunset until the disappearance of the redness in the western sky (shafaq). This disappearance of the shafaq is the beginning of ʿishāʾ’s recommended time that continues until the first third of the night ends. Below is a chart outlining the three predominant views regarding the timings for ẓuhr and ʿaṣr. These times are measured by the length of an object’s shadow in relation to the actual object’s height. As the day moves forward from sunrise towards noon, an object’s shadow will shorten. Once that shadow stops shortening and starts to grow again, the time of ẓuhr has begun. As the day goes along and the sun nears dusk, the length of the object’s shadow will grow. This is what is intended by “shadow length.” So if a 7-foot pole were placed under the sun, it would reach a shadow length of 1/1 when the shadow is 7 feet longer than what it was at the very start of ẓuhr.

For those familiar with the supererogatory prayers that accompany each of the daily prayers–termed nawāfil, nāfilah, or rawātib–note that there seems to be an intimate relationship between these preferred