Beautiful Mosques that Show Diversity of Islam in Europe

Through his new exhibition, now on display in Cambridge, photographer Ahmed Eckhard Krausen is showcasing the diversity of Islam in Europe and its close links to Christianity and Judaism. Titled “Islam in Europe”, it marks the opening of a new building of The Woolf Institute, based in Cambridge, England.

The exhibition will be on display until May 2018 and will examine the current and historical relationships between the faith traditions of Judaism, Islam and Christianity, with special reference to Europe and West Asia. The aim of the exhibition is to invite people to join a constructive interreligious dialogue.

A German-born freelance photographer, Krausen is based in Copenhagen, Denmark. He converted to Islam in 1992, and he says that the camera has been his most important tool on his spiritual journey to Islam. “The significance of light is for me a bridge between Islam and photography,” he told My Salaam.

“Most of the Muslims who have moved to Europe over the last few decades are still trying to understand their own identity, torn as they often are between connections to European lifestyles/countries and Middle Eastern traditions/cultures,” Krausen said. “At the same time, most Europeans feel an urge to rethink their identity, national identity and European integration on the one hand and the increasing presence of Islamic culture and tradition on the other. I want to create awareness, challenge prejudice, disseminate knowledge and ensure dialogue within diverse societies.”

He explained that his long-term objective is mutual understanding and intercultural dialogue within Muslim society and between Muslims and non-Muslims. Krausen is also working on a coffee-table book on the same topic that features written contributions from well-known specialists from various European countries alongside his photos.

Krausen began travelling to photograph Islam in Europe in 1997. From the very beginning, he says it was his aim to document Islamic edifices in Europe. His travels have taken him to most countries in Europe, resulting in thousands of photos. “Today, I hope that the photos (selected for the exhibition) show that I’ve been seeking unity in the diversity. From the very beginning, I wanted to make the diversity of Islam visible through these pictures in order to find the unity beyond.” 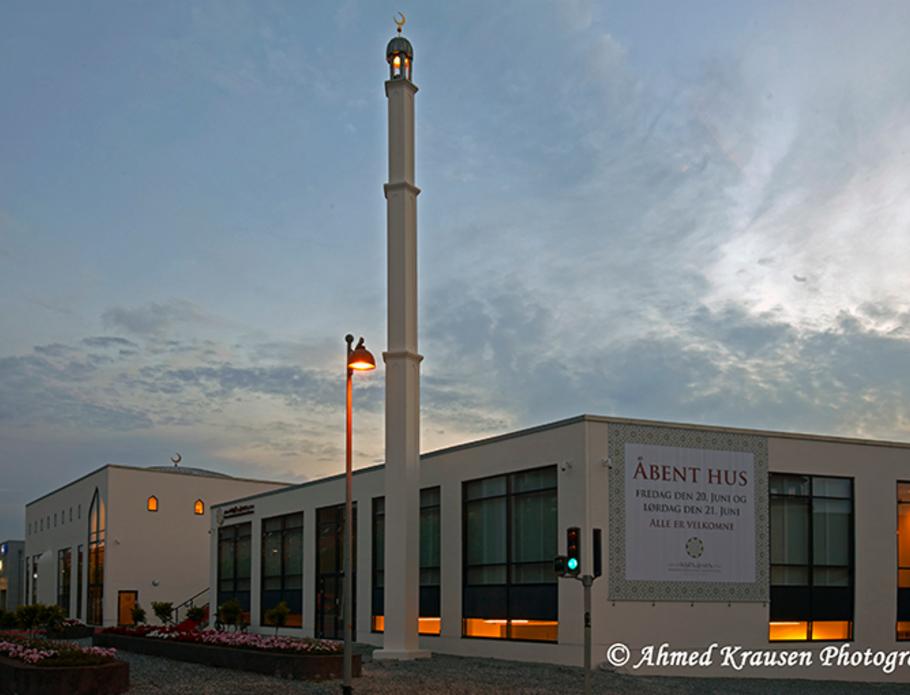 The Hamad Bin Khalifa Civilization Center in Copenhagen is a mosque and an Islamic culture center located in the outer city. The mosque was opened on 19 June 2014 and is the first of its kind in Denmark with a minaret. 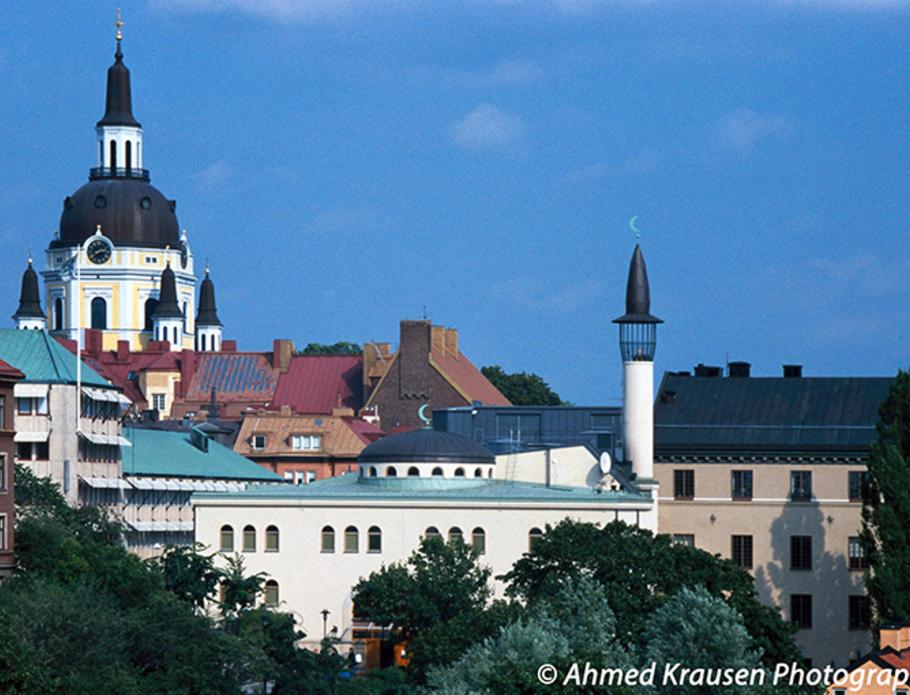 The dome and minaret of the Stockholm Mosque on the right and the spire of the Katarina Church on the left are symbols of communal harmony in spirit and architecture. 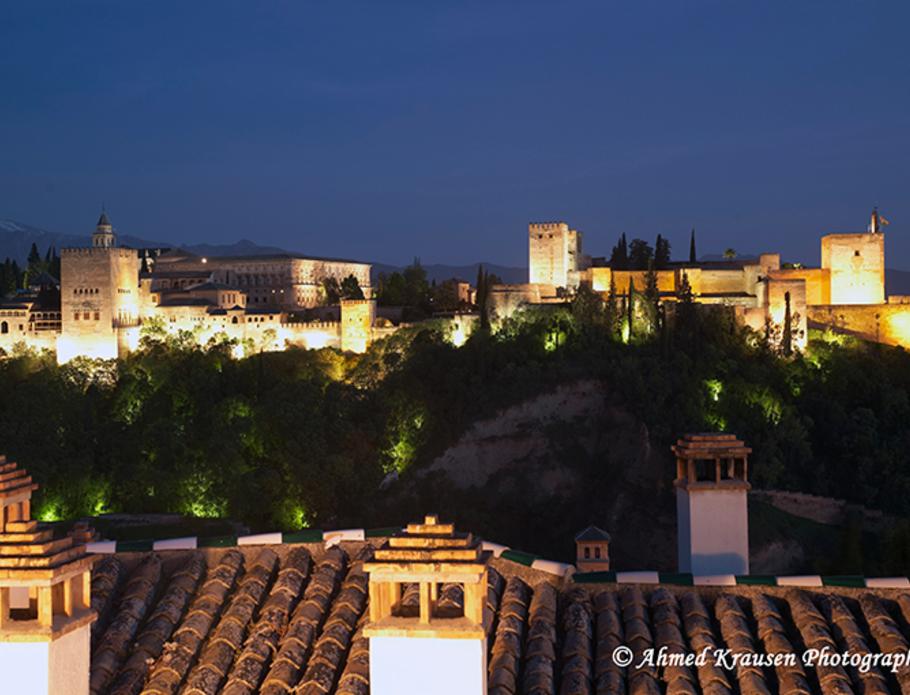 View of the Alhambra (literally “the red one”, 14th century) from the Mirador de San Nicolas in the Albaycin of Granada, Spain. 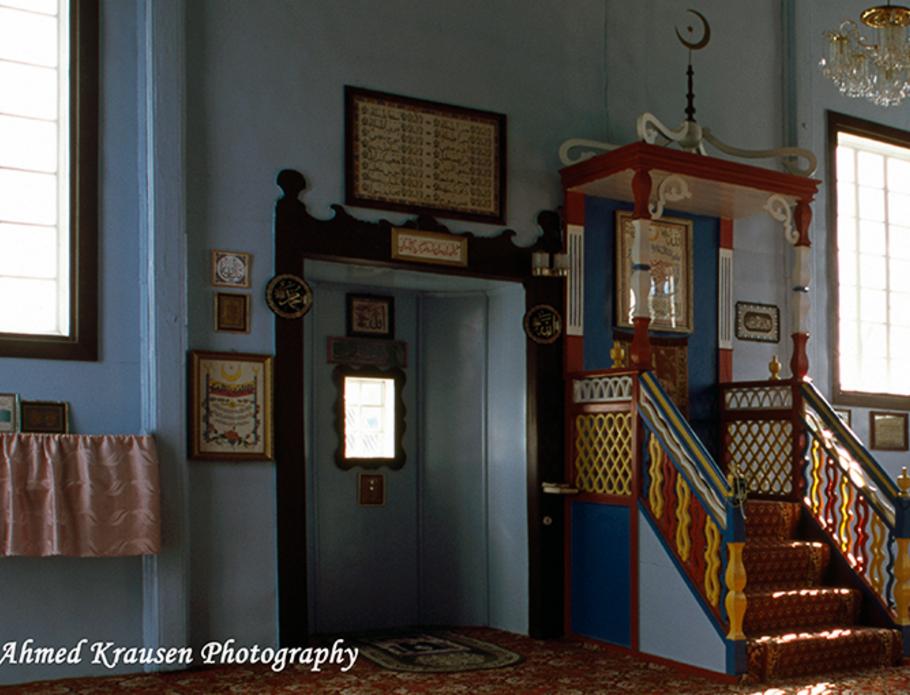 The Lipka Tatars of Eastern Europe: While Muslims in Western Europe are a very recent phenomenon, Muslims have been settling in Eastern Europe for several centuries, in Belarus, Poland, and in Lithuania, for example. Here, they are an integral part of the population. At the beginning of the 14th century, a group of Tatars settled on territory encompassing the former Arch Duchy of Lithuania; ‘Lipka’ derives from the old Crimean Tatar word for Lithuania. The picture shows the prayer room of the mosque in Ivre, Belarus. 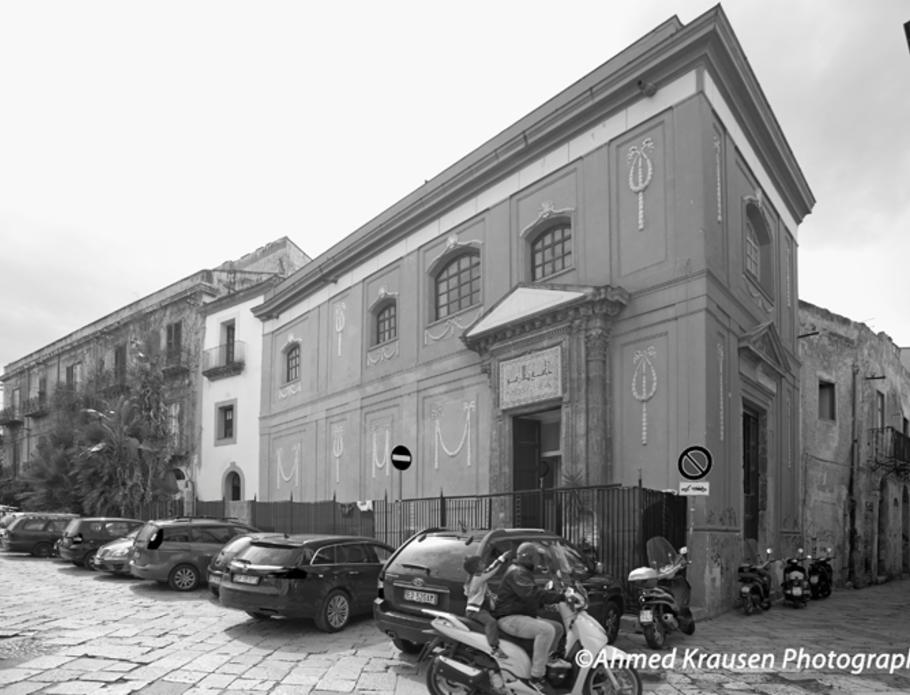 Once an Arab emirate, Palermo was described in 973 as “the city of the 300 mosques” by the eminent Arab traveller and explorer Ibn Hawqal.