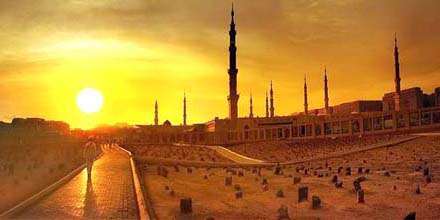 The Baqee Organization Calls for Protesting this July 13th

Thousands of American Muslims and non-Muslims expected at embassy of Saudi Arabia in Washington DC to stand against Saudi oppression and human rights violations.

Protesters from different races & religions including oppressed Muslims from Bahrain, Yemen & other organizations such as Code Pink & 9/11 Victims will congregate at Royal Embassy of Saudi Arabia in Washington DC at 1:00 PM to commemorate the anniversary of the demolition of holy shrines including Jannat-ul-Baqee (Baqee), Jannat-ul-Moalla, execution of Sheikh Nimr, juvenile executions & discrimination against women.

Protesters will stand united against Saudi Arabia on Wednesday, July 13th, 2016 from 1:00 pm to 3:30 pm at the Royal Embassy of the Kingdom of Saudi Arabia located at 601 New Hampshire Ave, NW Washington, DC 20037. From the Saudi Embassy the protesters will march towards White House and a rally will be held at Lafayette Park until 5pm. The protesters will demand our elected officials to immediately hold the authoritarian Saudi monarchy accountable for these atrocious violations of international human rights, to cease their material support of various violent extremist groups and to re-assess the US-Saudi relationship.

Civilizations are proud of traditions and construct relics to build heritage sites honoring revered personalities. The Saudi government defies normal traditions by destroying the relics & shrines of all religions including Islam. Baqee is a cemetery in Saudi Arabia where Prophet Mohammed’s children, wives, companions, and relatives are buried. Since the destruction of Baqee in 1925 AD, it has become a symbol of the atrocities and brutality committed by Saudi Arabia and like-minded terrorist organizations such as ISIS, Al-Qaeda, Taliban, Boko Haram and other offshoots. This is the exact same ideology that resulted in the destruction of Gautama Buddha statues in Afghanistan, Temple of Palmyra in Syria and the Tomb of Prophet Jonah in Iraq. These atrocities are a direct result of the Wahhabi (Salafi) sect teachings, promoted by Saudi Arabia and exemplify their lack of tolerance, respect, peace and humanity. Apart from the destruction of heritage sites, the Saudi police display physical aggression on pilgrims visiting the cemetery especially women, which is a humanitarian issue.

Muslims and non-Muslims across the United States will stand in solidarity with the embattled citizens of Saudi Arabia and the countries it oppresses. Similar protests are scheduled at Saudi Arabian Consulates and Embassies in Los Angeles, Houston, New York and Ottawa, Canada and several cities in Europe. The Baqee Organization extends an invitation to all concerned individuals to protest these overt and covert forms of terrorism.

Baqee Organization is a coalition of American-Muslim citizens committed to raising awareness of the destruction of Islamic heritage sites and those on the verge of being destroyed.