Al-Khoei Foundations issues a statement on the recent terrorist attacks in Iraq and the Middle East.

Once again, Iraqis have met their demise at the hands of Daesh (ISIS), a group claiming to act in the name of Islam, whose very objective is to kill, maim and divide communities within Iraq and foster sectarian tensions whenever and wherever they can.

Three suicide bombers exercised their rampage of hate and terror at an important Shia shrine in the city of Balad, north of Baghdad, which resulted in at least 56 killed and 75 critically injured, defacing the surroundings, permanently injuring and traumatizing those that had travelled from different parts of Iraq to make pilgrimage and to celebrate Eid.

Three days prior to Eid, Daesh targeted a shopping centre in the district of Karrada in Baghdad with at least 250 kilograms of explosives, taking a further 300 lives with rising casualty figures and several hundred with second and third degree burns. Yet again, their innocent victims included men, women and children, looking forward to the Eid festivities with their families and loved ones. Daesh claimed responsibility for these two brutal acts.

On 5 July, Daesh struck at the heart of Islam in the holy city of Madina Al-Munawara in Saudi Arabia, during the holy month of Ramadan. This attack killed four officers and further injured five security personnel, destroying everything around them, creating an atmosphere of fear and terror for pilgrims that travelled to the holy city from all parts of the globe.

Daesh no longer brings a shock factor but continues to stir emotions of disgust and anger at their warped sense of morality, which seriously falls short of the common values shared by all religions and societies. Their actions have destroyed families and communities, leaving behind a legacy of despair and defiance. Not to mention the pain and distress that they must cause to their own families and communities.

The reaction to yet another suicide attack in Iraq has met with a disappointing response from many international media outlets as well as some regional and western governments in comparison to recent terrorist attacks elsewhere. However, last Friday, in Karrada at the very spot where the explosions occurred, members of the Shia, Sunni and Christian communities held joint prayers emphasising their shared values, defying Daesh and standing against their brutality. In doing so, they recognised that these terrorists do not distinguish between the rich or poor, black or white, man or child and Muslim or non-Muslim and that we all stand victim to them. These terrorists are against mankind and stand to represent a philosophy which has no place in Islam, their misconstrued and misrepresentation of Islam has caused more damage to Muslims then at any given time in modern history.

Our thoughts and prayers remain with the families and those that have suffered loss during these attacks. Al-Khoei Foundation offers its deepest condolences to the families of the victims and is currently working with a number of humanitarian organisations to alleviate some of the suffering caused.

On 4 July in London, faith leaders from diverse religious communities expressed solidarity by speaking out against these atrocities, observing one minute of silence and reciting Fatiha in a gathering organised by the Foundation to remember those who fell victim to these attacks. 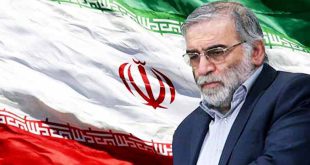 Linking Terrorism to Islam Is Sign of Ignorance: Al-Azhar Imam

The grand imam of Egypt’s Al-Azhar Islamic Center, Sheikh Ahmad al-Tayyeb criticized those who try to link terrorism to Islam...