Article: Offering Complete or Shortened Prayers? The Traveler’s Salat at the “Holy Places

In this article, the writer discusses the prayer of a traveler at places designated as holy in Shi‘i hadith and juridical literature. After examining the traditions on praying at the holy places, he will investigate the factors that were significant in determining which sites were deemed to be sacred.

The article will also examine the process by which a prominent jurist of the last century, Ayatollah al-Sayyid Abu al-Qasim al-Khu’i (d. 1992) issued a fatwa (juridical edict) regarding the offering of prayers at the holy places. I will demonstrate how, by employing certain methodological devices and principles established in usul al-ﬁqh (the science of inferring juridical rulings from textual and rational sources), al-Khu’i was able to harmonize apparently contradictory traditions so as to deduce an edict on praying at the holy places. As we shall see, the process of issuing a juridical edict involves a nuanced analysis and synthesis of revelatory sources and human reasoning.

In addition, the article will discuss the significance of the biographical science (“ilm al-rijal) in inferring a juridical ruling on prayers at the holy places. I will demonstrate that the principles established in biographical dictionaries had major ramifications in deriving the juridical ruling on the issue. In the process, we will see that polemical and political factors played important roles in the designation of sacred space in Shi‘ism.

Title: Offering Complete or Shortened Prayers? The Traveler’s Salat at the “Holy Places

Offering Complete or Shortened Prayers? The Traveler’s Salat at the “Holy Places 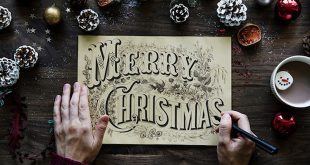 Is it permissible for me to say “Merry Christmas” to my non-Muslim classmates, friends, family, neighbors, and others this holiday season?