Home / Conferences / Al-Quds Is Common Issue for all Muslims 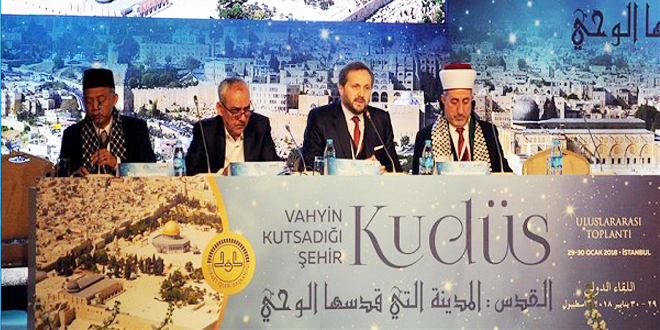 Al-Quds Is Common Issue for all Muslims

A high-level meeting in Istanbul, which brought together Muslim scholars from around the world, wrapped up Tuesday evening with a declaration stressing Jerusalem’s supreme religious significance.

Held under the banner “Jerusalem: A city blessed by revelation”, the two-day event — organized by Turkey’s Religious Affairs Directorate (Diyanet) — was attended by 70 Muslim scholars from 20 countries, including Pakistan, Britain, Indonesia, and France.

“The Islamic world must articulate — by all means — that Jerusalem is a common issue for all Muslims, not just Palestinians and Arabs, along with the fact that it is the capital of Palestine,” Erbas said.

“In order to pass our enthusiasm for the Palestinian cause to new generations, religious and historical knowledge of Palestine, Jerusalem and the Al-Aqsa should be included in educational curricula,” he added.

Research institutions and media organizations that support the cause of Jerusalem should also receive support, Erbas asserted.

Meanwhile, he added, Muslims worldwide should visit Jerusalem with a view to raising awareness about the Palestinian cause.

“Jerusalem, which has lived under foreign domination throughout its history, enjoyed its most just and tolerant years during the period of Muslim rule,” he said.

Jerusalem stands at the heart of the Middle East conflict, with Palestinians hoping that East Jerusalem — occupied by Israel since 1967 — might eventually serve as the capital of a Palestinian state. 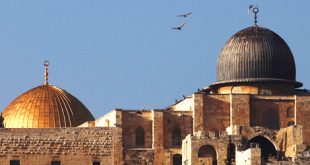 Jerusalem/Al-Quds: Bond between Faiths or Bone of Contention?

A three-day international conference funded and organised by the Department of Theology and Religion, University of Birmingham, in partnership with the...