The seminar will be held on April 28 in University of California, Irvine.
The organizers invite people to participate in this academic seminar where they aim to bring together Muslim academics in order to:
1. Foster an academic and comparative dialogue on similarities and differences in theology, law, and thought between Sunni and Shia Muslims, ad
2. Propose ways in which the American Muslim community can overcome the challenges of sectarianism and find ways to cooperate in promoting its common objectives. 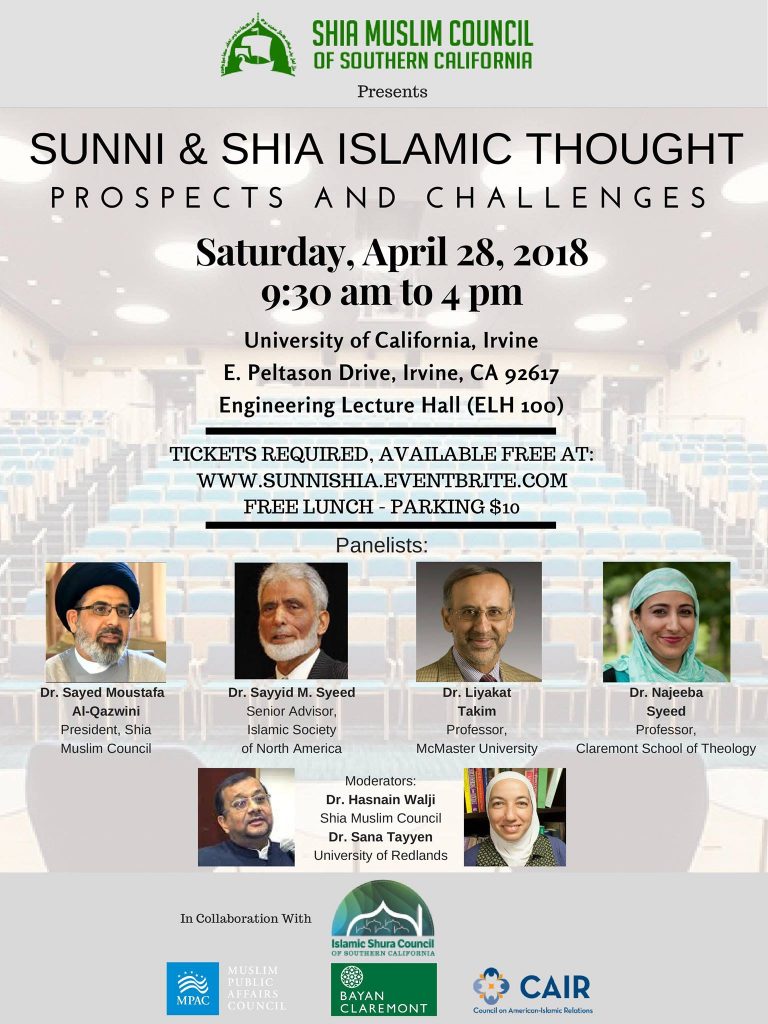